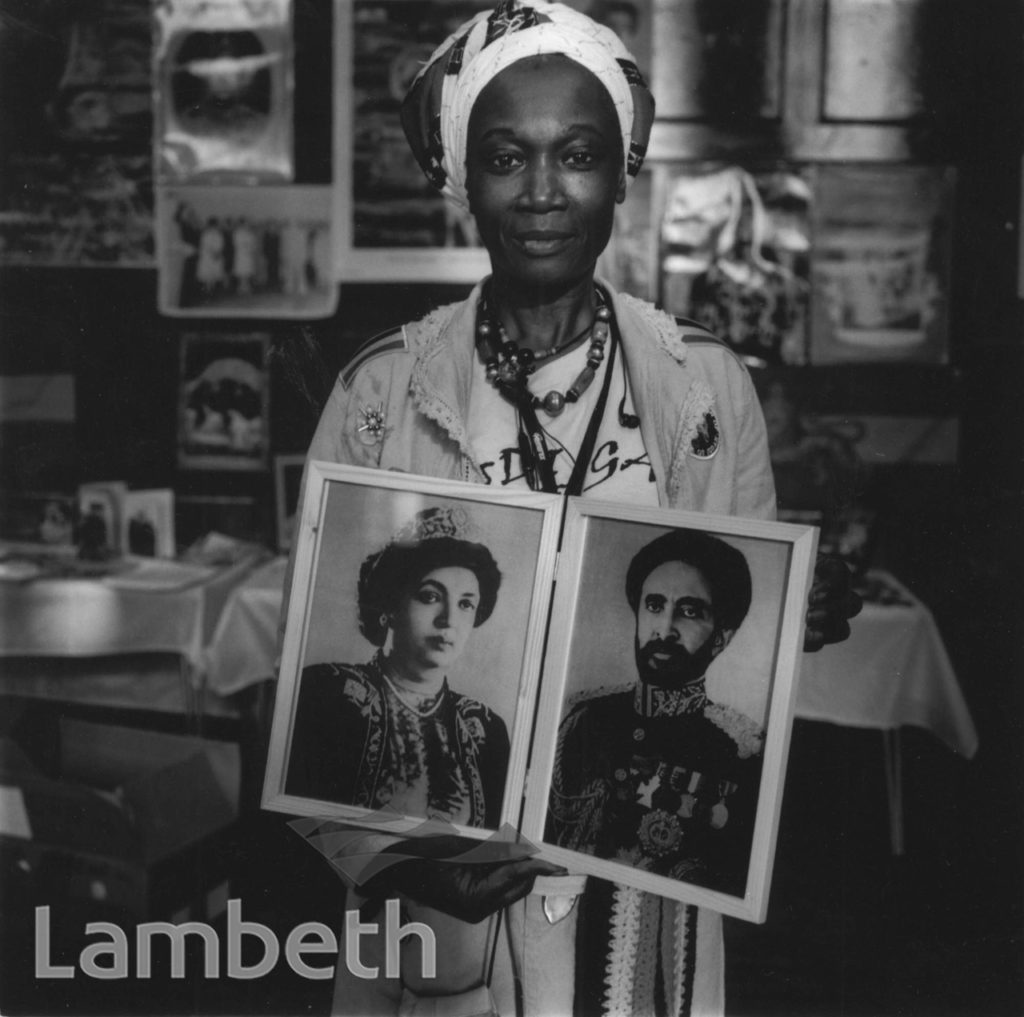 A woman holding photographs of Emperor Haile Selassie I and his wife, Empress Menen Asfaw, at an Ethiopian Millennium event held at Brixton Town Hall in 2007. Selassie (1892-1975) was Ethopia's prince regent from 1916 and then Emperor from 1930-1974. His full title was 'His Imperial Majesty Haile Sellassie I, Conquering Lion of the Tribe of Judah, King of Kings of Ethiopia and Elect of God'. Ethiopian tradition traces Haile Sellassie's lineage back to King Solomon and the Queen of Sheba. The Rastafari movement, which began in Jamaica in the 1930s, regarded him as the religious symbol for God incarnate. Photograph by kind permission of David Trainer. Commercial reproduction not permitted without the prior consent of photographer - please contact Lambeth Archives.Ref: IV 278/1/107