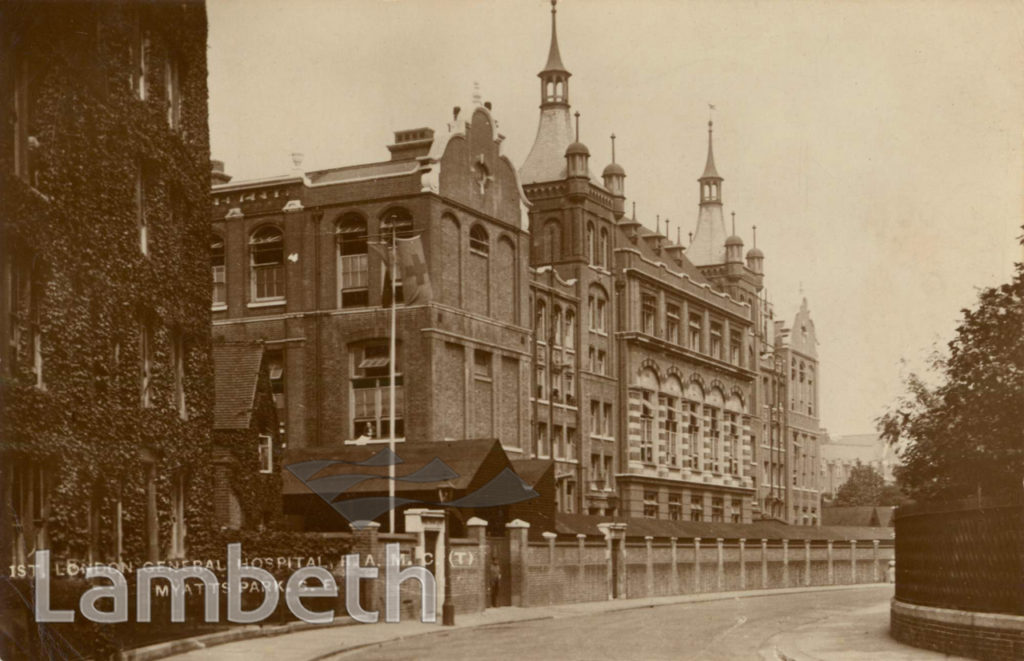 The 1st London General Hospital in Cormont Road was a school requisitioned by the military wing of St Bart's during World War I. This postcard is from Private D.W.Grant to Nurse Turner at Battersea Auxillary Military Hospital, 9 Cedars Road, Clapham. Originally built by T.J.Bailey in 1898, the building later became Kennington Secondary School, but is now known as the Charles Edward Brooke Girls' School and is administered by the Church of England. From the Postcard Collection, postmarked 13th October 1916.Ref: PC/SP/4250