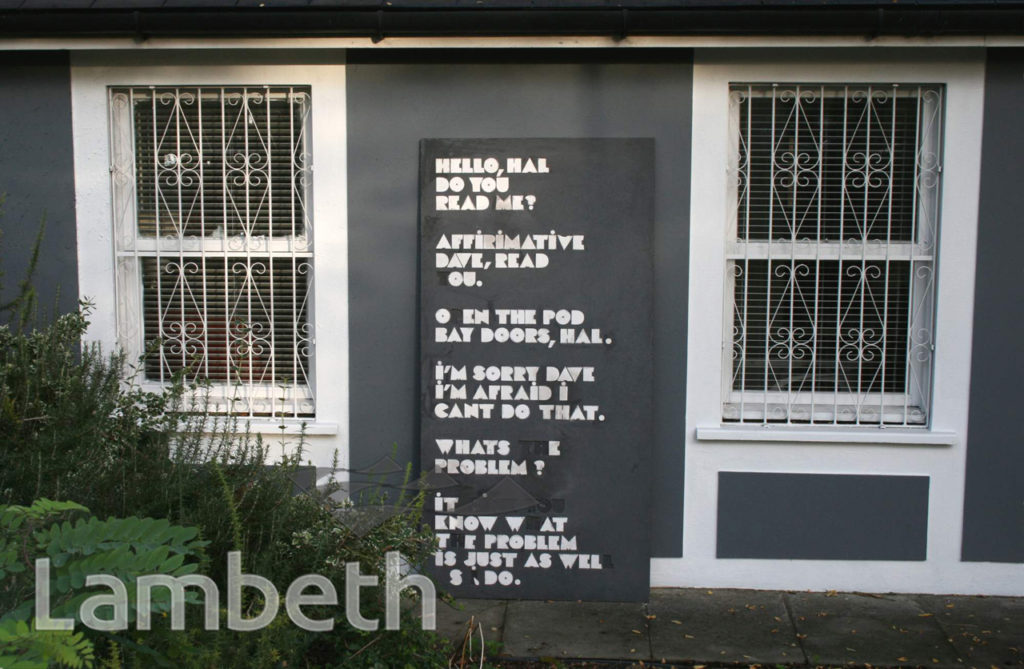 A tribute board against a house in Foxley Road, Brixton North, quoting lines from the movie '2001: Space Odyssey' between astronaut Dave and HAL the computer. The iconic 1968 film was directed and produced by Stanley Kubrick, and co-written by Arthur C. Clarke, with production design by Anthony Masters and costumes by Hardy Amies. It won an Oscar for best visual effects and, although initial reviews were mixed, now the movie often features as one of the top ten best movies.Ref: D117/1