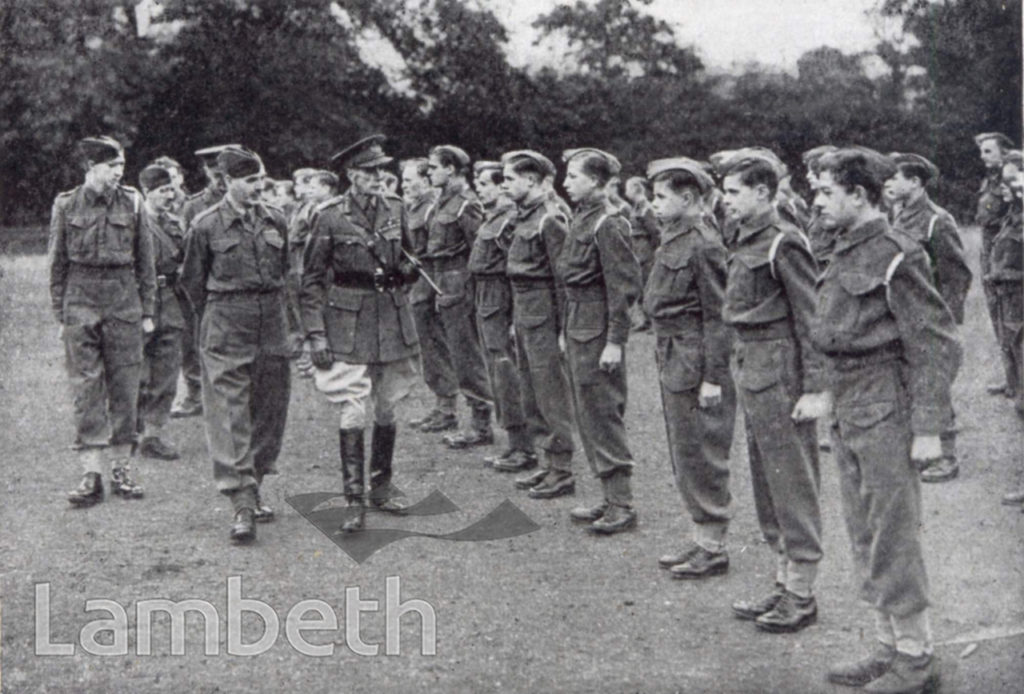 Major General Anderson inspecting the 5th County of London Cadet Battalion on 19th July 1942. The new Streatham Company of the Army Cadet Force was started in March 1942 and grew rapidly. The cadets were given training in drill, rifle and automatic weapons, map reading and field intelligence. Photograph from 'To, For , and About You - The People of Streatham', published by St.Leonard's Church, Streatham, 1945.Ref: 24/222 p.67