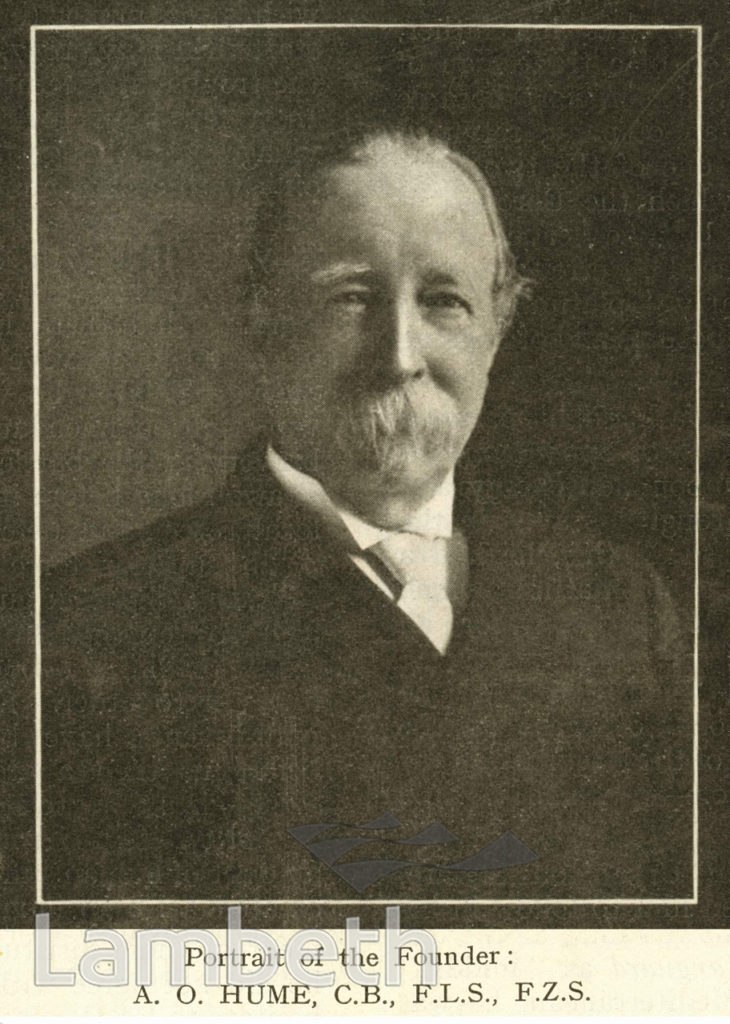 Allan Octavian Hume CD FLS FZS, was the founder of the South London Botanic Society, established in 1910 at 323 Norwood Road, Tulse Hill, containing his collection of books and a herbarium of British flora. Hume had a distinquished career as an administrator in India, becoming the Secretary to the Government of India. He founded the Indian National Congress in 1883 with 50 Indian friends and became the General Secretary until he left in 1894. He died in 1912.Ref: Cuttings 6