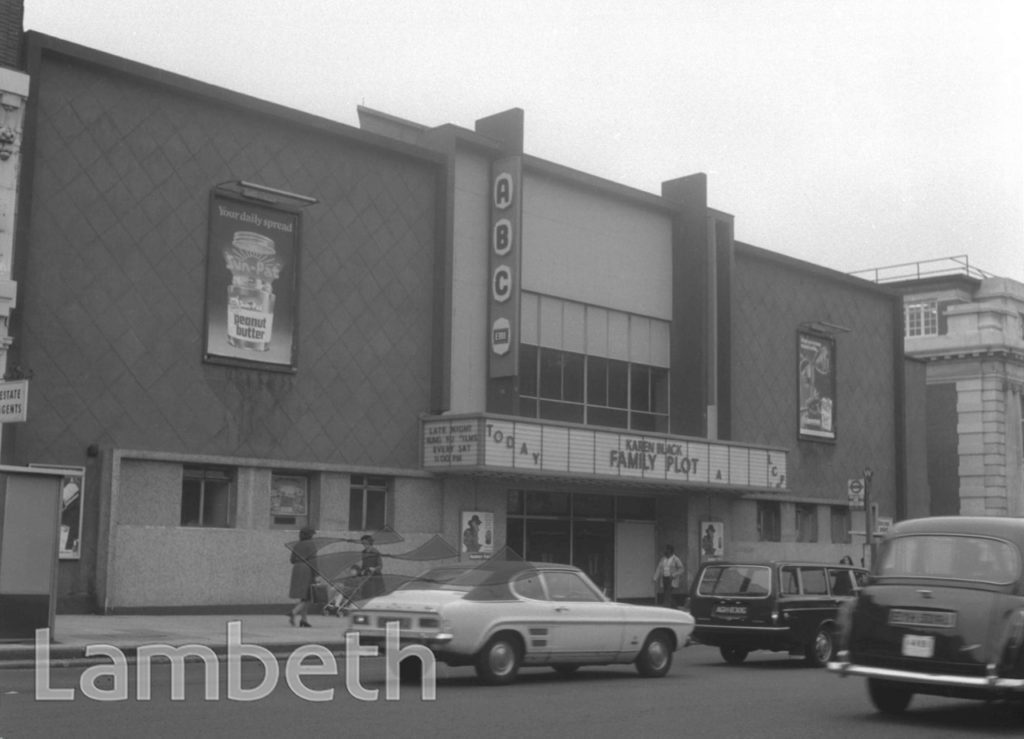 The ABC cinema in Brixton Hill adjacent to Lambeth Town Hall. Built originally as The Palladium, it was later remodelled as the ABC, and then The Ace. For 30 years the building was the Fridge, a popular nightclub which closed in 2010, but has since re-opened as the Fridge Bar.Ref: LBL/DTP/UD/6/2/6/734