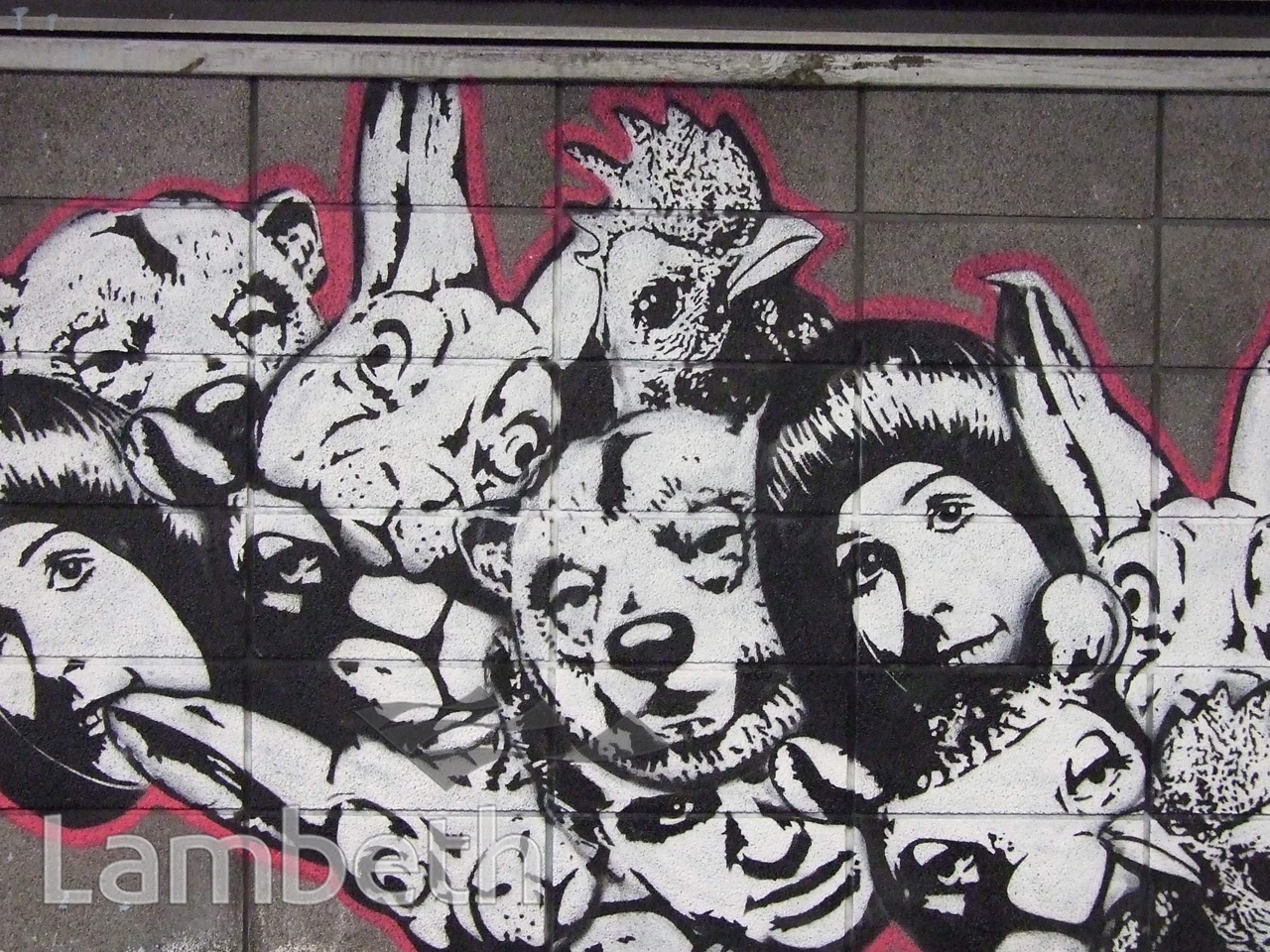 A*C artwork at the Cans Festival tunnel, Waterloo. A*C are Brazilian couple Lygia (b.1978) and Lucio (b.1979), who met in 1996 whilst studying at design school in SÃ£o Paulo. Around 2005 they created Alto*Contraste (today A*C) and their recent work has developed using collage, permitting a bigger subversion of scale and styles. Influences include retro, pop art, fashion magazines and underground cultures. They remark: "it's not a problem for us to reveal our identity, we just use nicknames (Lee and Lou) and that's all. Here in Brazil we have some kind of freedoom to do street art and anonymity was never necessary for us. [Recently] we're taking a look at some pictures on Flickr of the actual stage of the tunnel and we go...'ooooh!!'. it's very different now, full of tags and new interventions, some of them not too friendly indeed. [The Festival was] some kind of historical intervention, and it was really cool to be there."Digital image of 7th May 2008. From the Graffiti Gallery recording Lambeth's urban art.
#1976 to date  #Digital  #ENTERTAINMENT  #STREET FURNITURE  #WATERLOO
⇐WATERLOO TRANSP...