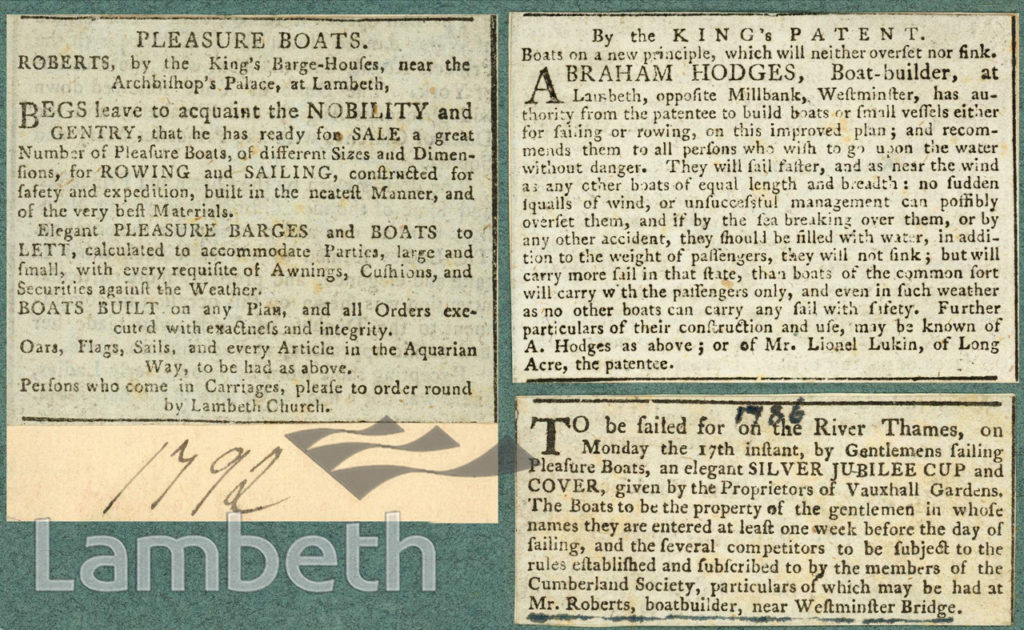 Newspaper cuttings featuring baotbuilder's adverts; Roberts, by the King's Barge-houses near the Archbishop's Palace at Lambeth, dated 1792. Abraham Hodges, , King's Patent for boats 'which will neither upset nor sink' - opposite Millbank, dated 1786.Alos a cutting for the Silver Jubilee Cup and Cover given by the proprietors of Vauxhall Gardens for gentlemen's sailing pleasure boats, dated 1786.Ref: Cuttings 199