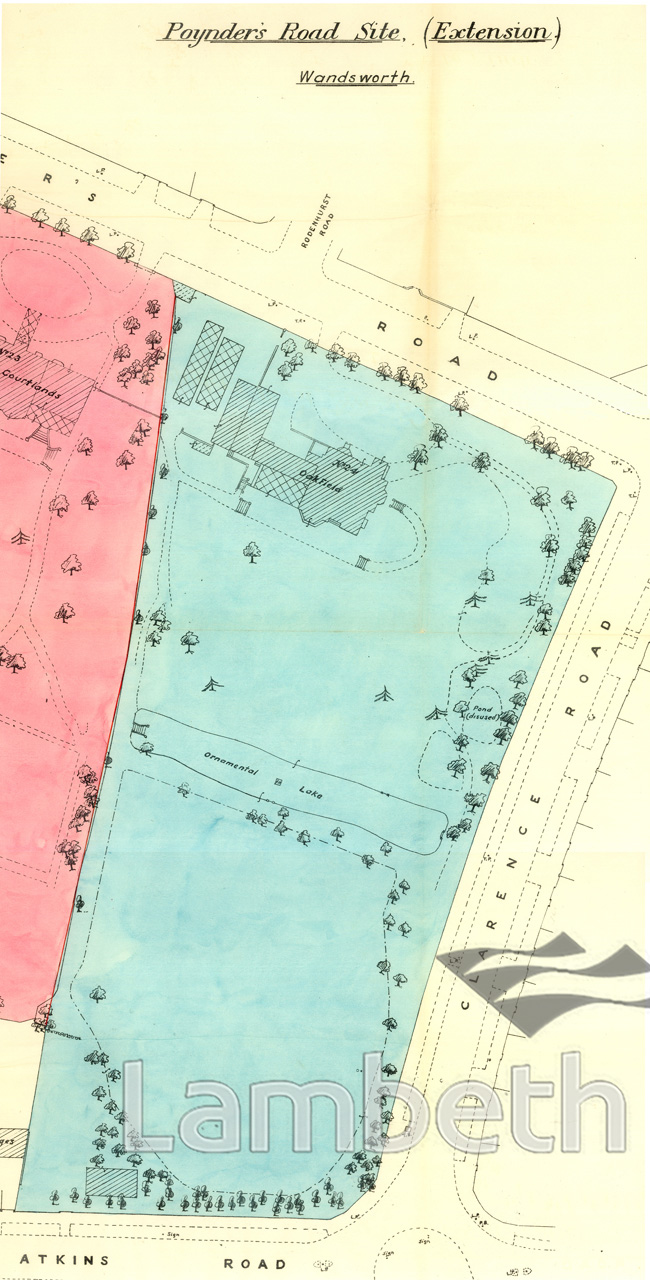 A plan of Agnes Riley Gardens in Poynders Road, Clapham Park and dated 21st January 1937. Part of the land was given to the LCC as a park pre-WWII by F.George Riley. When he died in 1942 the residue of the site was transfered into public ownership and occupied by a War Department Ballon Barage, with a further area given over for allotments. The cost to layout the park in 1952 was estimated to be £14,000, including the demolition of the house and conservatory, which had served as a War Department restaurant, closing in 1953.
#1926 - 1950  #CLAPHAM PARK  #OPEN SPACES  #Print
⇐LARKHALL PARK S...