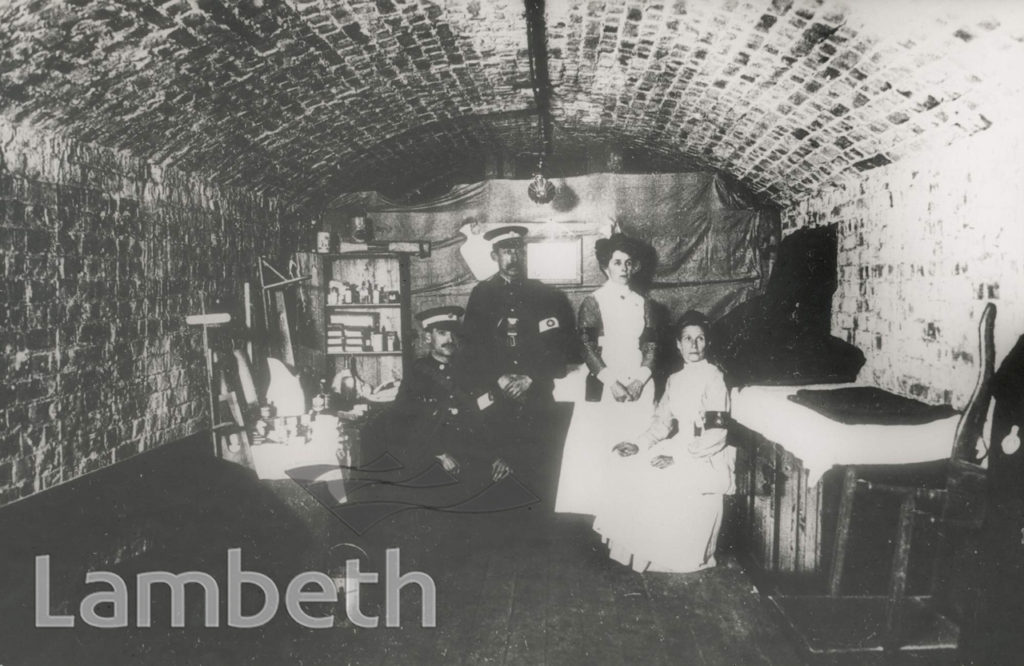 Crypt of St Luke's church, West Norwood, in use as an air raid shelter during World War I with the St John's Ambulance Brigade on duty. Standing is the leader, Mr Alfred Vincent, who was the owner of the ironmongery shop in Norwood Road which later became Cusdens.Ref: SP19/713/Luk.3