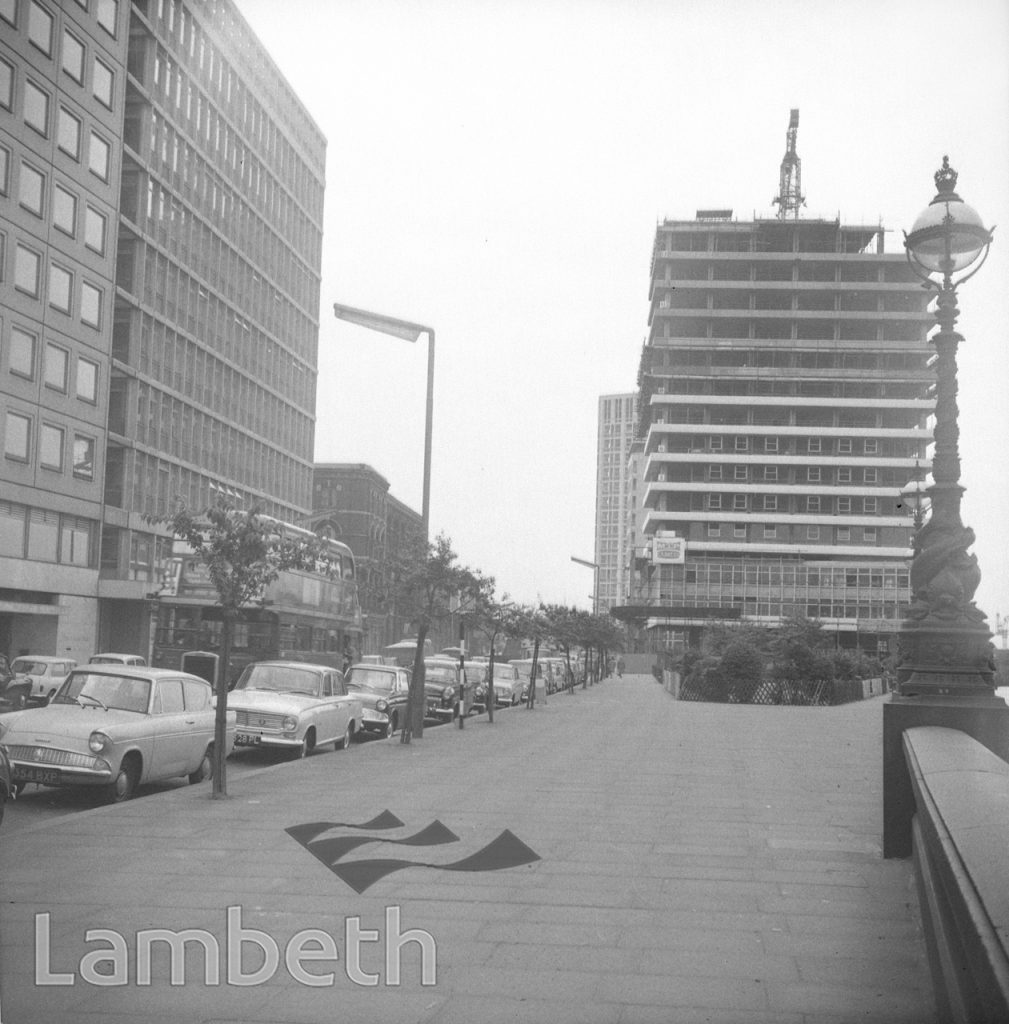 Alembic House under construction on Albert Embankment, with adjacent office buildings. Originally build as an office block, Alembic House had a penthouse apartment which often featured in films, most notably, 'The Italian Job' and 'A Touch of Class'. In 1996 it was converted into apartments and renamed Peninsular House. Negative from PR Files, c.1964 Ref: 2012/1/Book6/11