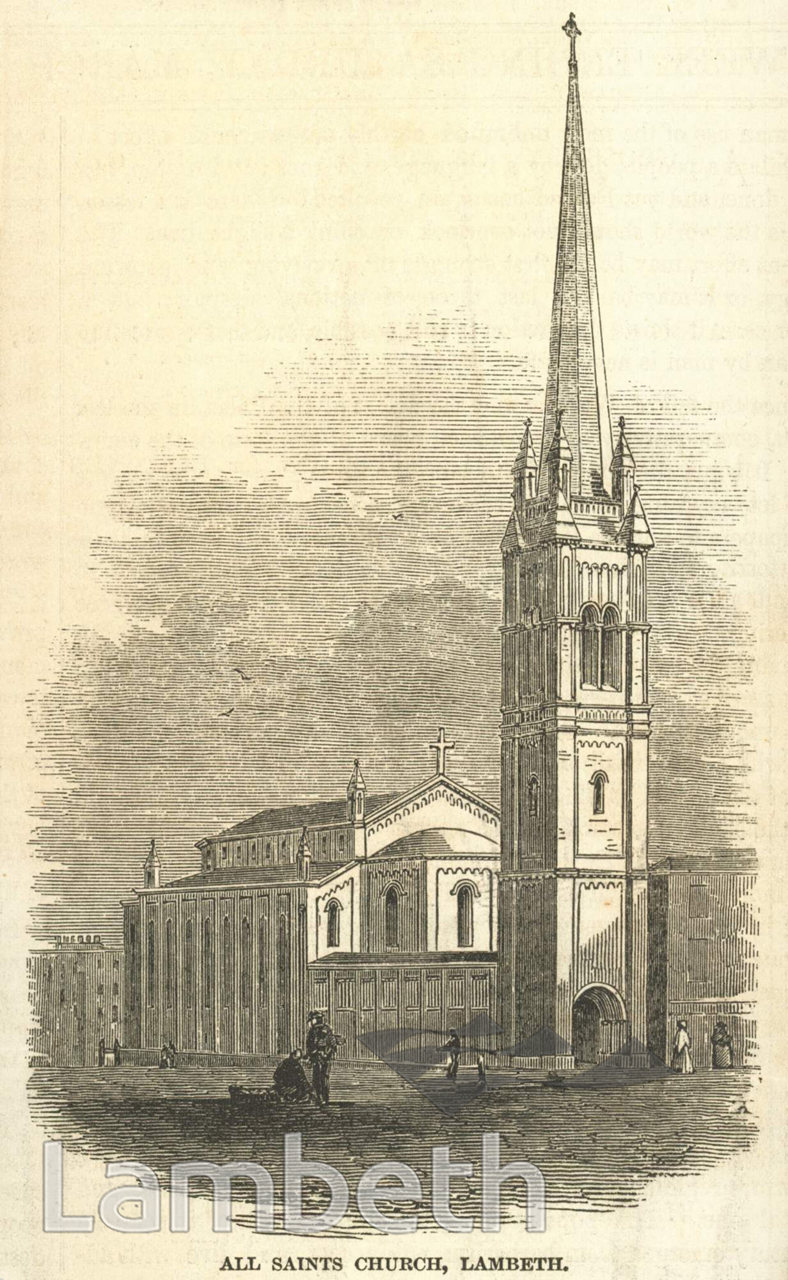 All Saints' church in York Street was built on Duchy of Cornwall land at the back of Lower Marsh houses in Anglo-Norman style. With a 160ft spire it was designed to accommodate 1,200 people in an area with a population of 8,000 persons 'principally of the operative classes'. The church opened in 1846, but the tower suffered from subsidence and was removed, soon followed by demolition of the whole building due to the widening of the railway into Waterloo Station in 1901.Engraving from Illustrated London News, dated 7th March 1846.
#-Before 1850  #BUILDINGS / ARCHITECTURE  #Engraving  #RELIGION  #WATERLOO
⇐GRACIE FIELDS, ...