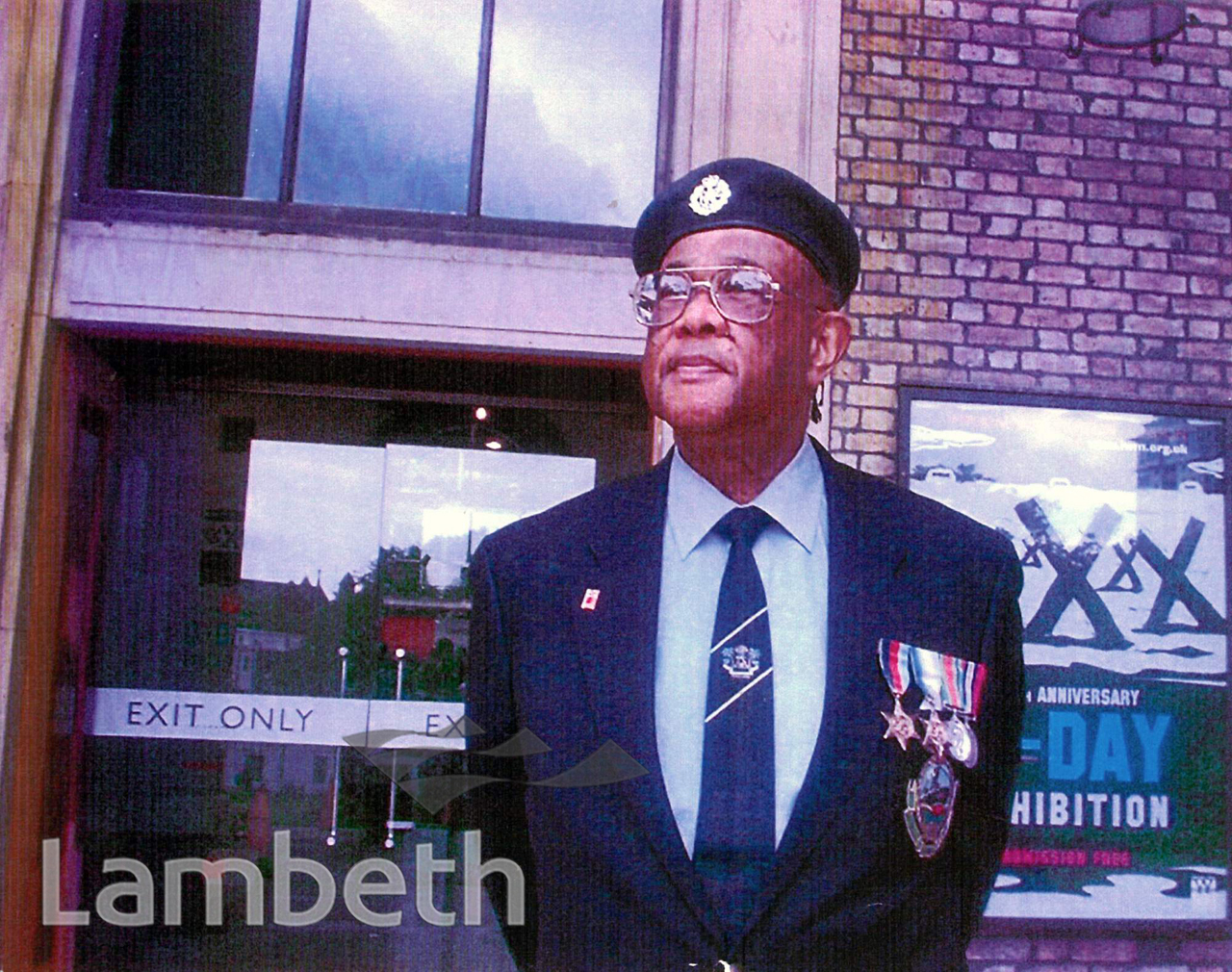 Allan Wilmott at the entrance to the Imperial War Museum in Lambeth Road. Originally from Jamaica, he joined the Royal Navy aged just 16, serving on mine sweepers and convoy patrol until January 1944, when he was transferred to the RAF. His RAF unit was involved in Air-Sea Rescue, rapidly responding to downed aircraft and often collecting both British and German survivors on the same rescue operation. In the post-war years Allan embarked on a successful career as an entertainer and served as either the Vice-President or President of the West Indian Ex-Servicemen's Association (WIESA) until his resignation in 2003.Digital image by kind permission of Alan Wilmott. From the Lambeth Archives Home Front project 2005.
#1926 - 1950  #Home Front Project 2005  #LAMBETH  #People  #Photograph  #WAR AND ARMED FORCES
⇐CHILDREN IN OLD...