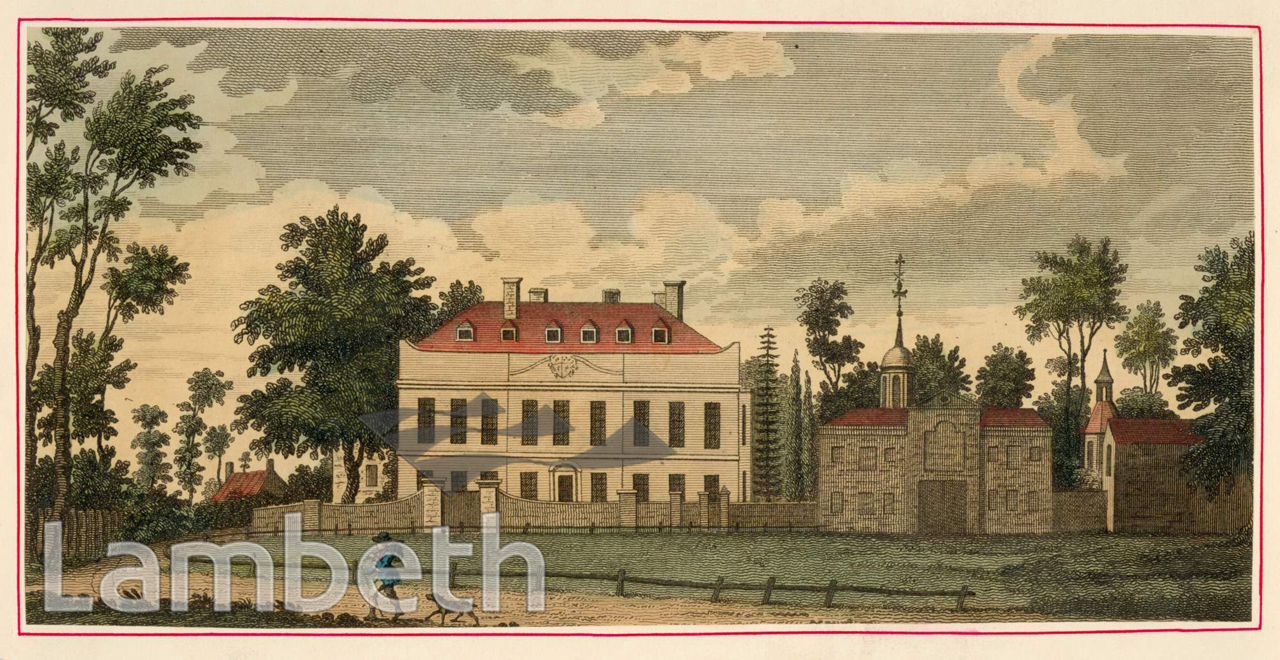 Angell's House on Stockwell Common, later became known as Stockwell Park House. The land was purchased in 1702 by Nicholas Hookes and a year later given to Elizabeth Angell, possibly as a marriage settlement on Caroline Hookes who married her son John. Built by John Angell senior, the property had extensive gardens and fields reaching Brixton Road. George Buckler records in his diary that this land was also known as Angell Park with notable trees and a horse pond running through the boundary hedge to Brixton Road for the use of passers-by. In 1823 it became a school, but was demolished in 1882 to make way for Speenham and Benedict Roads.Coloured engraving. Published by Robert Sayer & Co, 12th September 1792
#-Before 1850  #BUILDINGS / ARCHITECTURE  #Engraving  #HOUSING  #STOCKWELL
⇐MOAT HOUSE, STO...