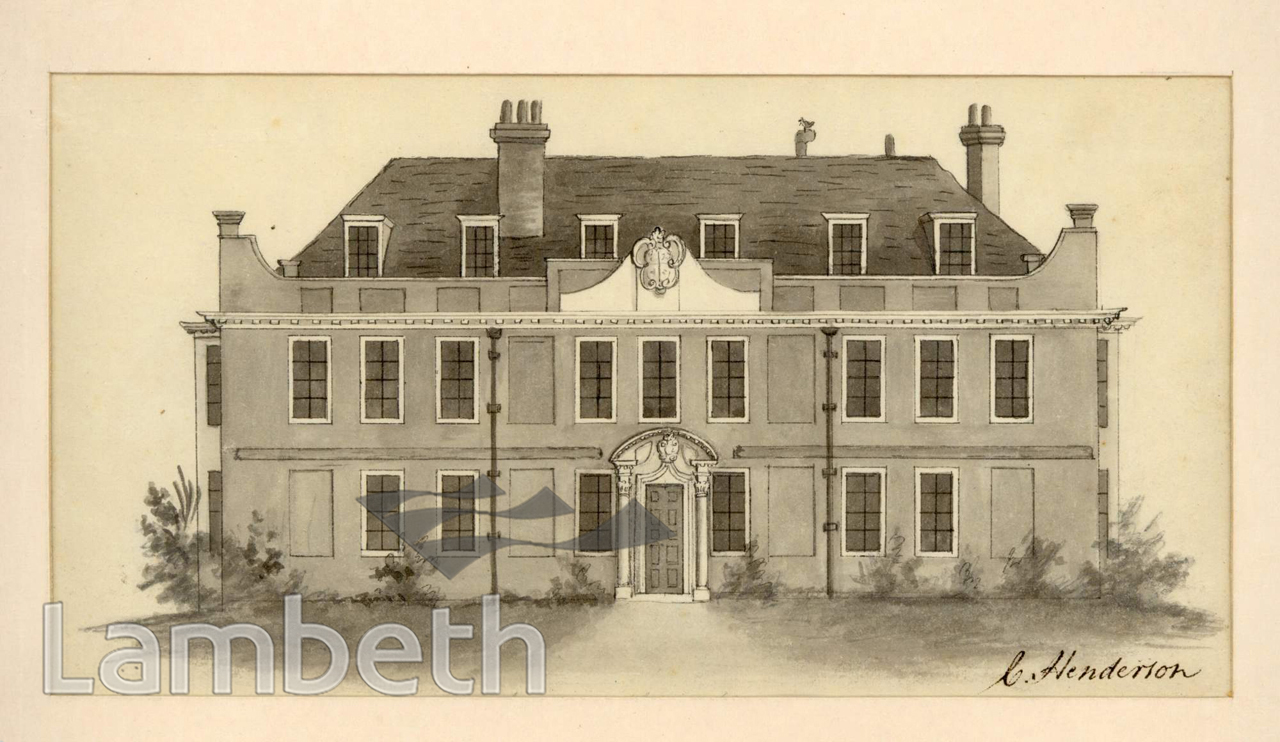 Angell's House on Stockwell Common, later became known as Stockwell Park House. The land was purchased in 1702 by Nicholas Hookes and a year later given to Elizabeth Angell, possibly as a marriage settlement on Caroline Hooke's who married her son John. Built by John Angell senior, the property had extensive gardens and fields reaching Brixton Road. In 1823 it became a school, but was demolished in 1882 to make way for Speenham and Benedict Roads.Pen and ink wash by C.Henderson.
#-Before 1850  #BUILDINGS / ARCHITECTURE  #HOUSING  #Pen and Ink  #STOCKWELL
⇐MOAT HOUSE, STO...