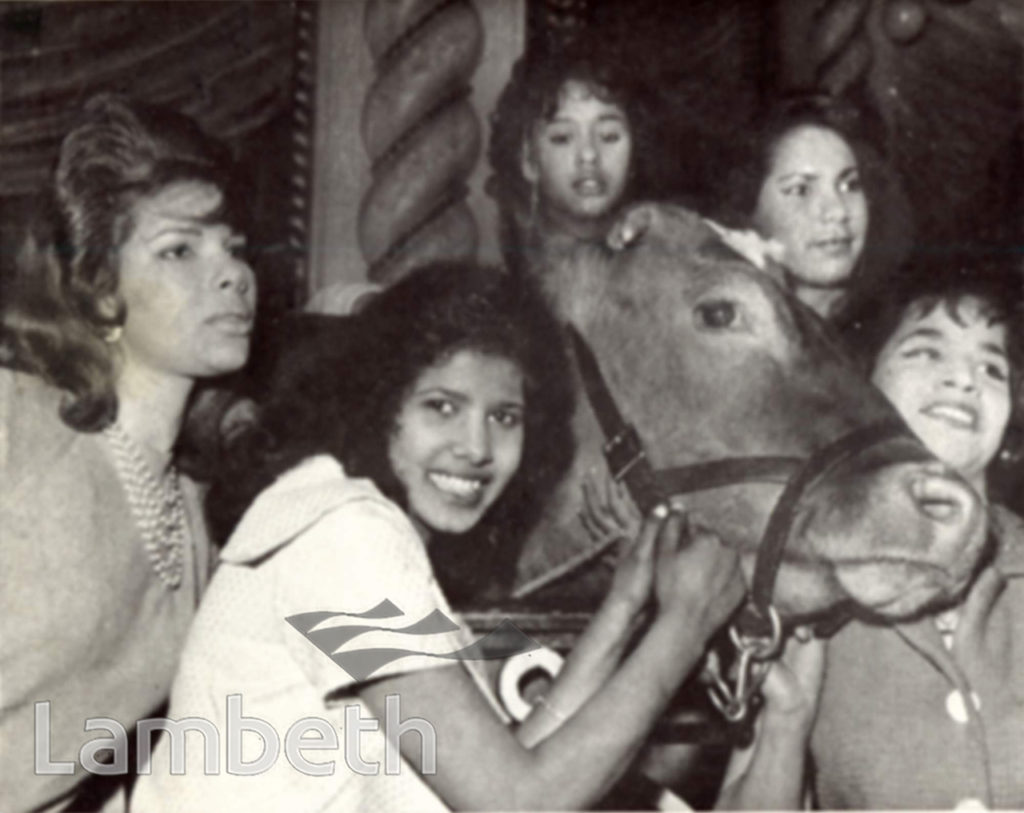 The first carnival organised by and for the black community in London was held indoors in 1959. A precursor to today's annual Notting Hill Carnival in London, it was initiated by Claudia Jones, who published and edited 'The West Indian Gazette'. She organised six carnivals and did much to boost the morale of the growing West Indian community in the country before her untimely death on 25th December,1964. Girls taking part in the carnival are seen here posing with a cow. Copyright held by donor.