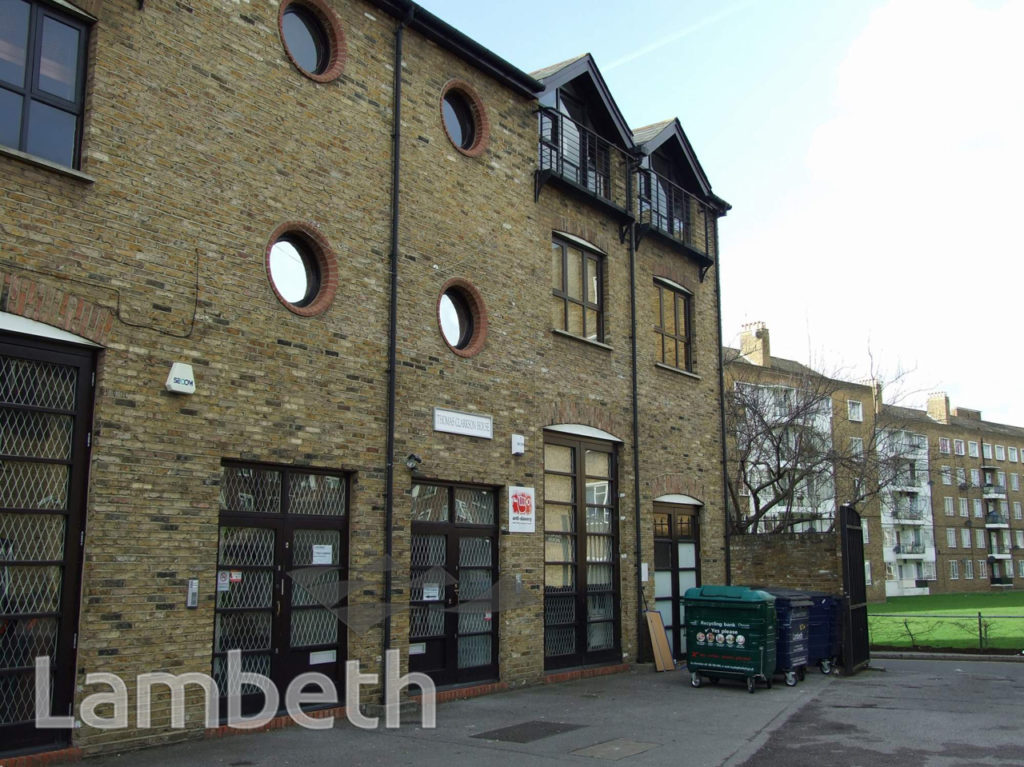 Anti-Slavery International's headquarters in Stableyard, Broomgrove Road, Stockwell. The society is the world's oldest human rights organisation. It campaigns against slavery; including bonded and forced labour, forced marriages, human trafficking and child labour; and supports local organisations to lobby their governments for law enforcement. Its roots began in 1787 when the first abolitionist society was formed and it became formally established as the British and Foreign Anti-Slavery Society on 1st August 1839. Early society leaders were notable Quakers, Baptists and Methodists. In the 1890 it also campaigned to stop the ill treatment of indigenous people, which led to a merger and renaming as the Anti-Slavery and Aborigines' Protection Society. The current name was adopted in 1990.Digital photograph dated 29th March 2008Ref: D86/44