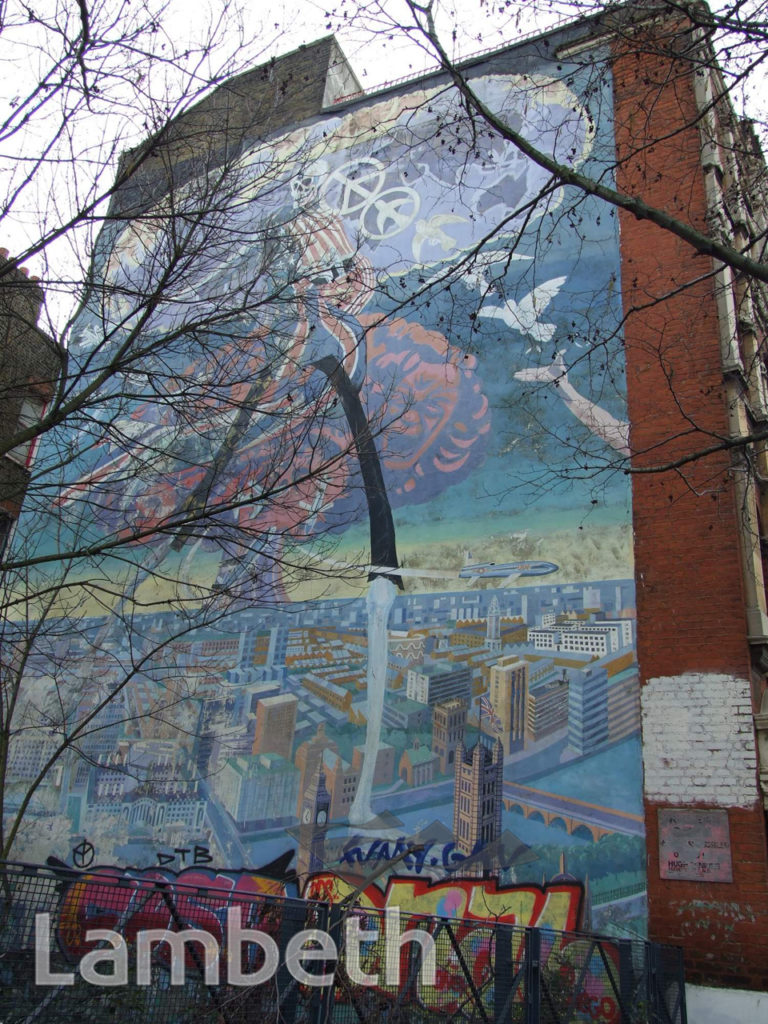 'Nuclear Dawn', an anti-war mural painted by Brian Barnes and Dale McCrea 1981-82 on the side of a mansion block in Coldharbour Lane, Brixton. It features an 'Uncle Sam' skeleton striding over nuclear-bombed London while the governing Conservative Party hides in a bunker. The mural was funded by the Arts Council, Greater London Arts and Gulbenkian Foundation.Digital photograph dated 29th March 2008.Ref: D86/59