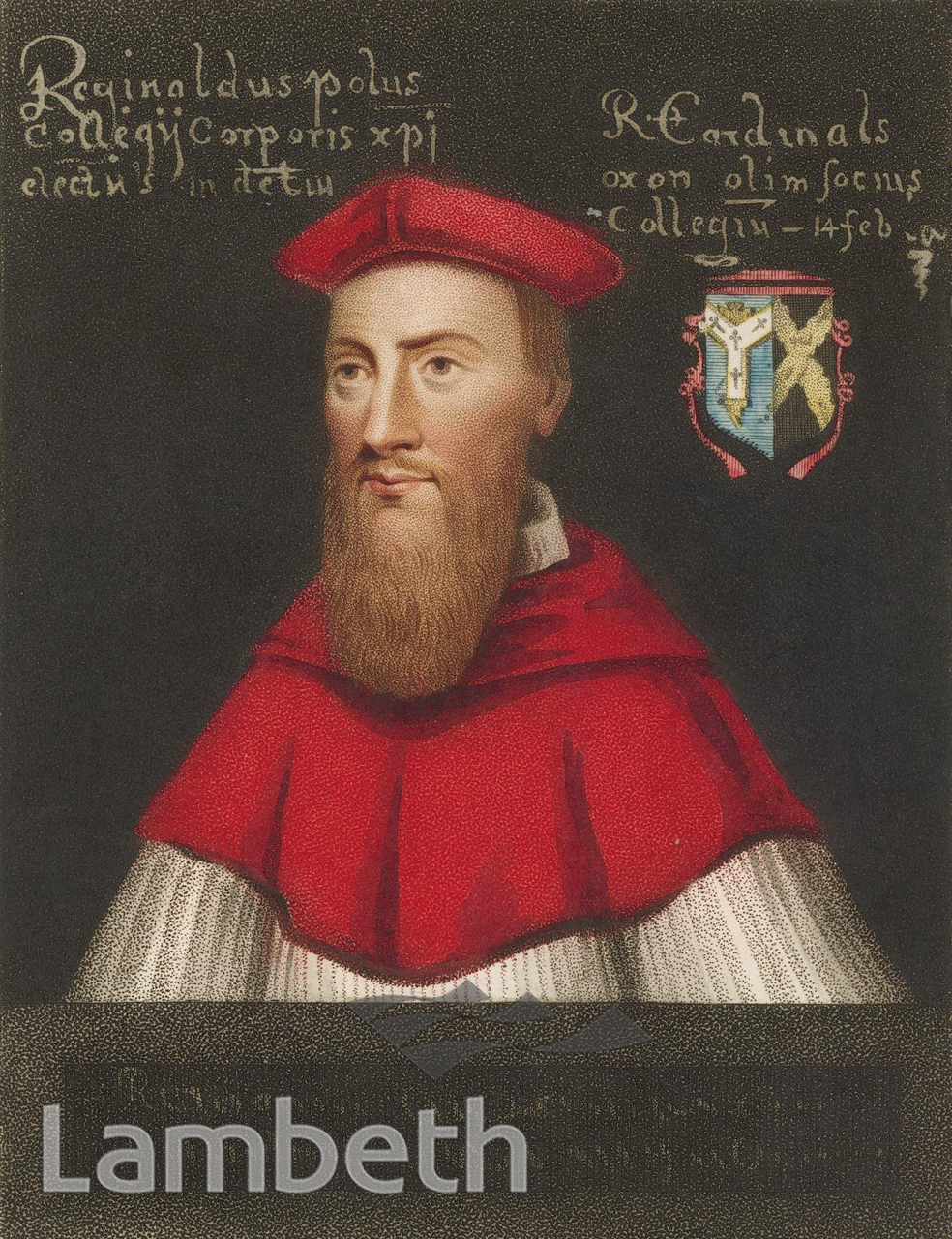 Cardinal Reginal Pole (1500 -1558) was an English Cardinal of the Catholic Church, and the last Catholic Archbishop of Canterbury. He held the office during the Counter Reformation, when Queen Mary permitted the burning of Anglicans for heresy, causing 220 men and 60 women to be executed before her death in 1558 - Pole also shares responsibility for these persecutions. He died in London on 17 November 1558 and was buried at Canterbury Cathedral. Engraving bound in a Manning & Bray volume VI, 1814.
#-Before 1850  #Engraving  #LAMBETH  #Manning & Bray  #People  #POLE- Cardinal Reginald  #RELIGION
⇐ASTLEY’S ...