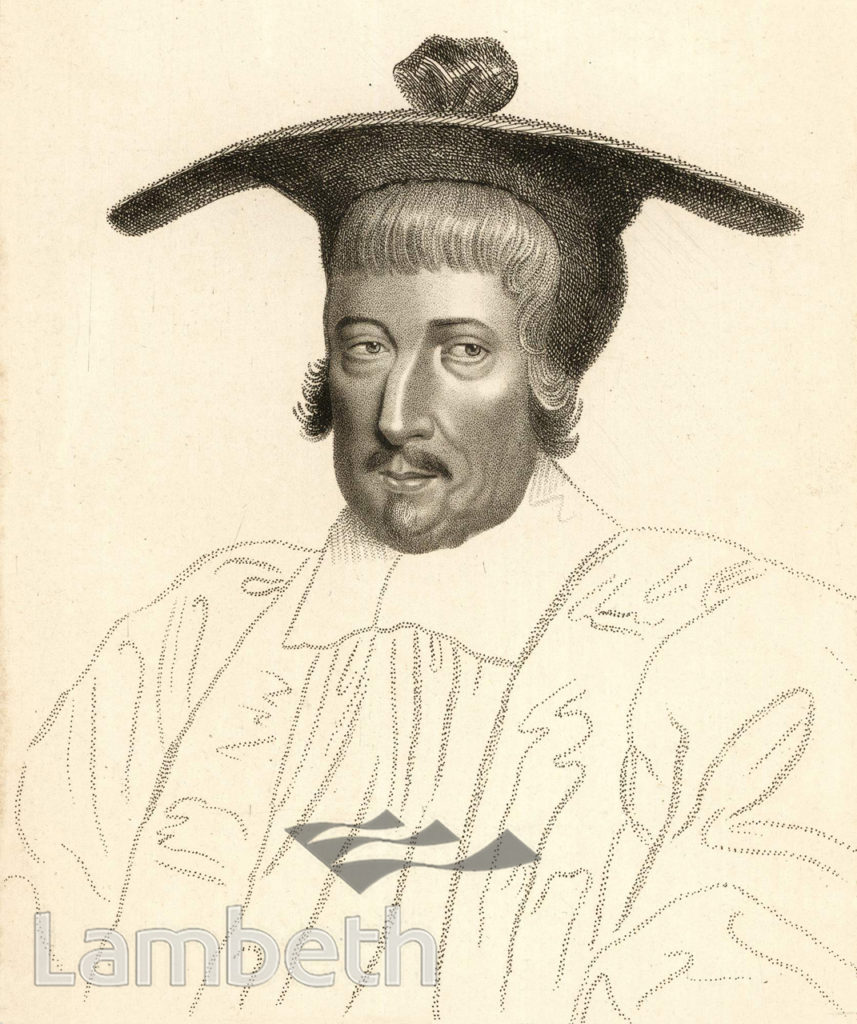 Gilbert Sheldon was Archbishop of Canterbury from 1663-77. He built and endowed the Sheldonian Theatre in Oxford. A later engraving by W.N. Gardiner after drawing by S Harding. From 'The History & Antiquities of Lambeth Palace'.Ref: 12/187