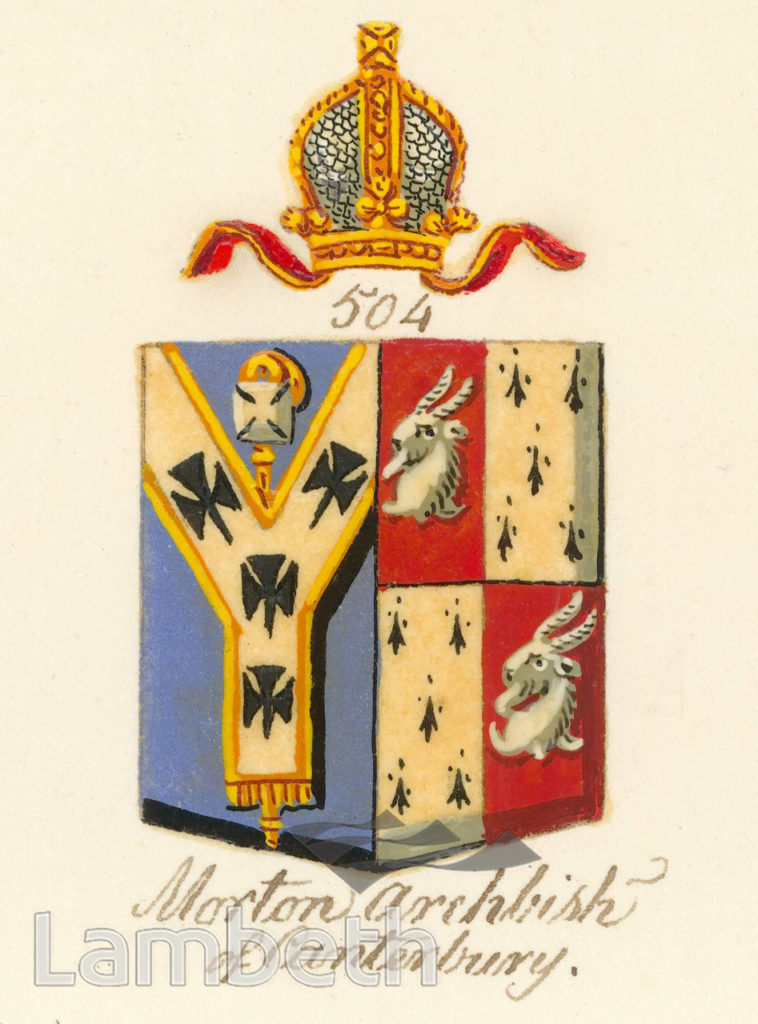 John Morton (c.1420-1500) was an English prelate who was Archbishop of Canterbury from 1486 until his death in 1500. Henry VII appointed him as Archbishop on 6th October 1486 and Lord Chancellor of England in 1487. In 1493 he was created Cardinal of the church of St. Anastasia in Rome by Pope Alexander VI. He died at Knole House in Kent, on 15 September 1500 and was buried at Canterbury Cathedral. He built Morton's Gateway at Lambeth Palace, his London residence.Painting bound in a Manning & Bray volume VI, 1814Ref: Manning & Bray, VI p.454