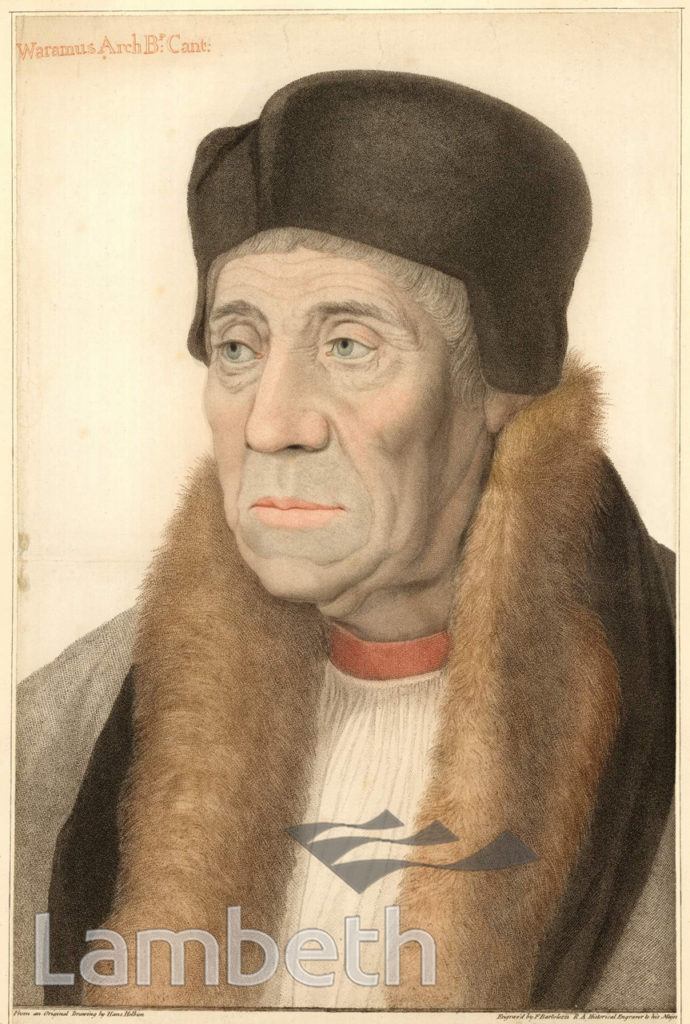 William Warham was Archbishop of Canterbury from 1504-32. He was also Chancellor of England and crowned 18-year old Henry VIII as King. Warham was painted by Hans Holbein in 1528, although the original oil was 'lost' from Lambeth Palace during the 17th centry and is now in the Louvre. This engraving was made from Holbein's original drawing in the 1790s by F. Bartolozzi R.A., 'Historical Engraver to His Majesty'.From 'The History & Antiquities of Lambeth Palace'.Ref: 12/187