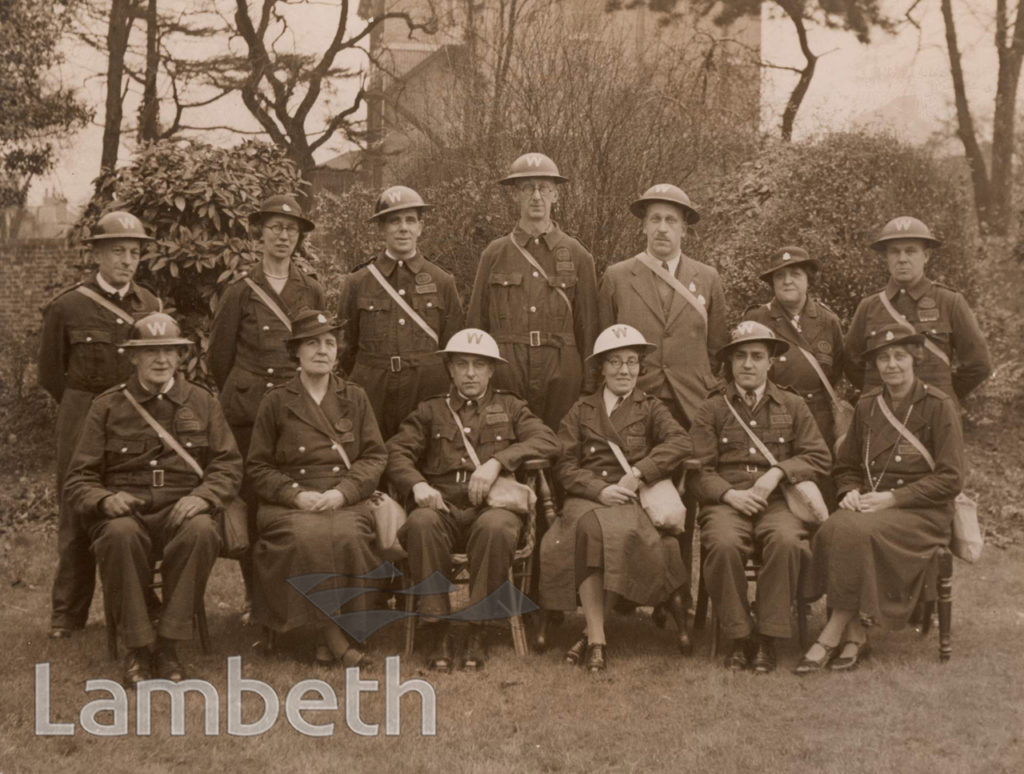 Air Raid Precaution (ARP) wardens for the area around Selsdon Road, West Norwood. Harold Bullbrook, who lived in Selsdon Road, is on the extreme left of the back row and was previously a member of the Royal Flying Corps in World War I. He was later a civil servant at the Science Museum. The ARP service was set up in 1937 to deal with the possible threat of air attacks and exhibitions were held around Lambeth to aid recruitment. In August 1939 all Lambeth's emergency services were put onto a war footing and the wardens became responsible for enforcing emergency regulations like black-out and, after 1940, for dealing with bomb incidents.Digital image by kind permission of Bernie Bullbrook. From the Lambeth Archives Home Front project 2005.Ref: SPd 4048/1