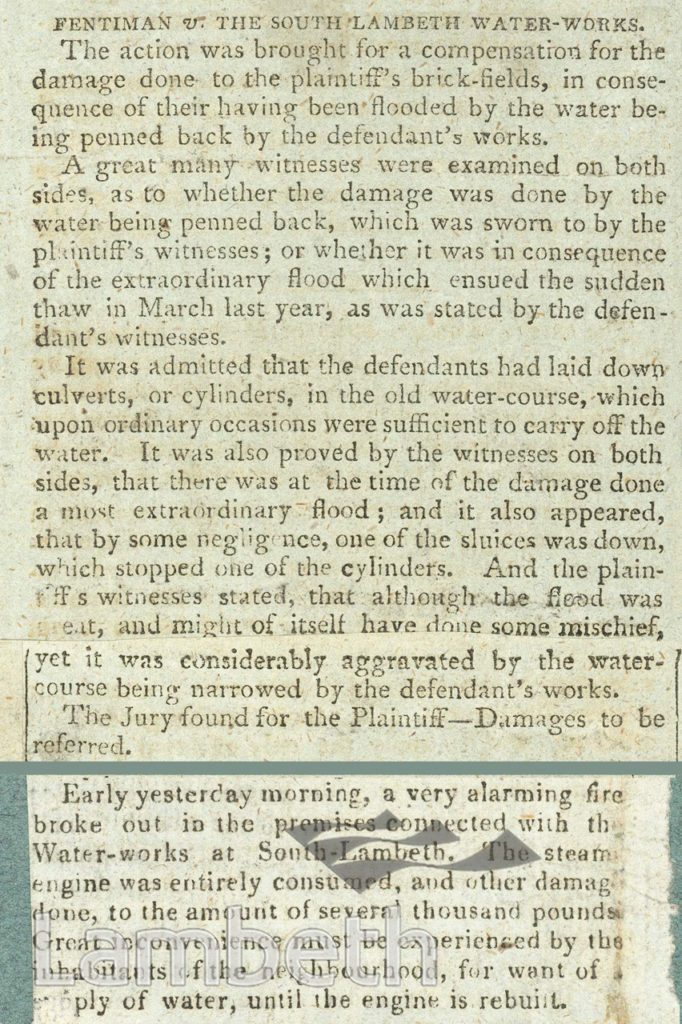 A newspaper cutting from an unknown 1810 publication reporting the court case of Fentiman v. South London Waterworks. The action was brought due to damaged caused by flooding to the plantiff's brick-fields by the ware 'penned back' by the works. The defendants had laid down culverts in the old water course.Another clipping shows that the waterwork's steam engine was destroyed by fire causing a a 'great deal of inconvenience to the neighbourhood for want of water until the engine is rebuilt'.Ref: Cuttings 244