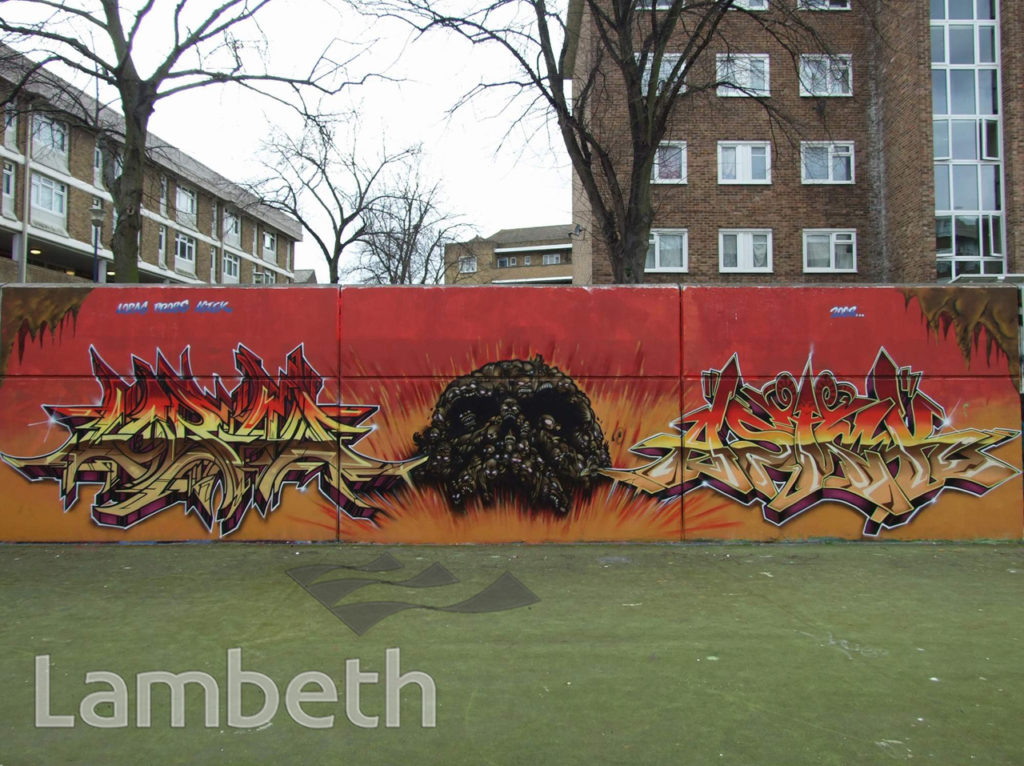 A collaborative artwork by (left to right), Loras, Probs and Astek on a wall in Aytoun Street, Stockwell. This former playground enclosure surrounded by high concrete walls on the Stockwell Park Estate, has attracted graffiti artists for many years. Although initially frowned upon, it is now tolerated by the council and the resulting artworks produced are usually of high quality and often satirical. The artists know the site as the Stockwell 'Hall of Fame'. Digital image dated 26th January 2008.From the Graffiti Gallery recording Lambeth's urban art.Ref: D86/108