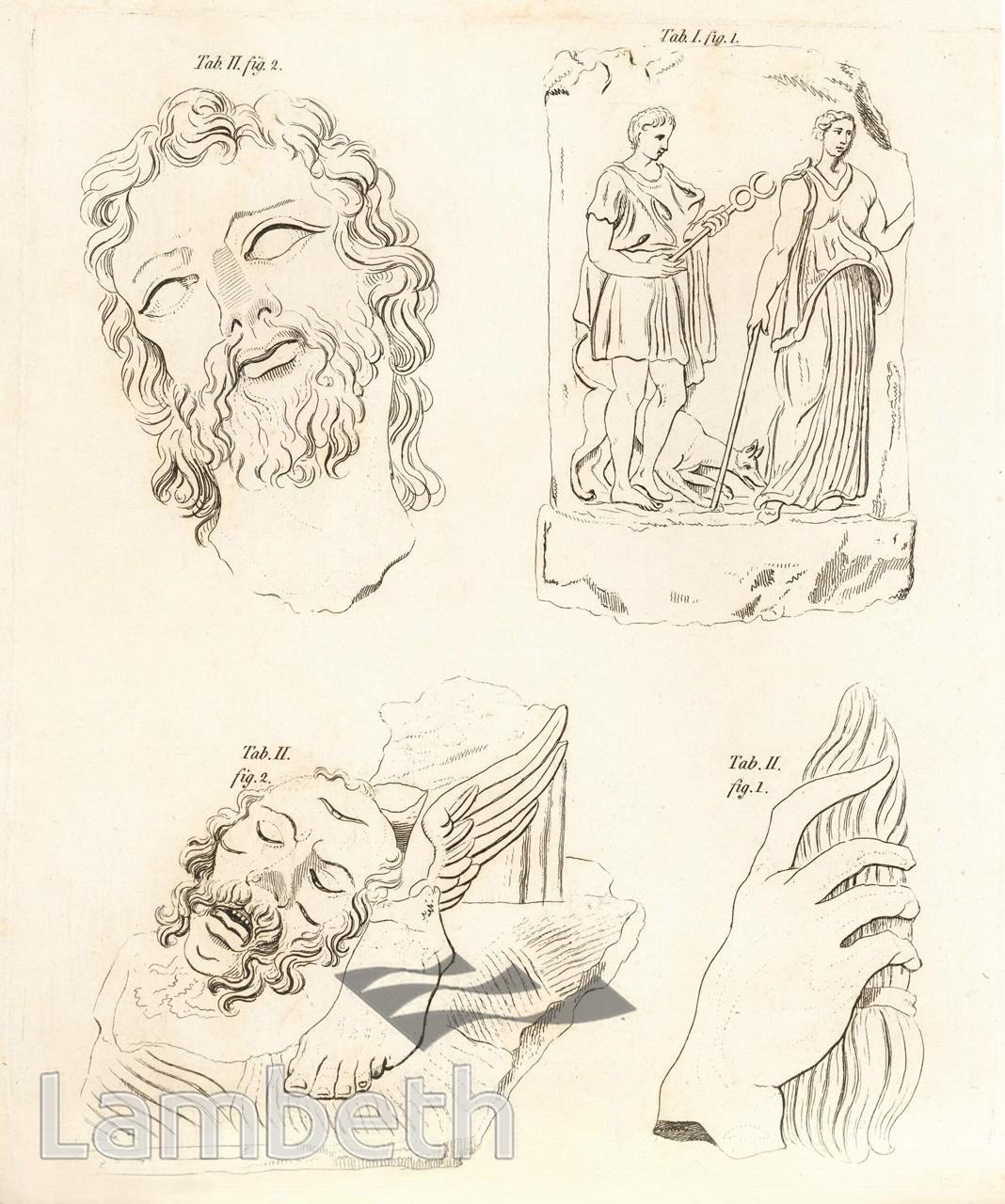 A collection of sculptures known as the Arundel marbles. The 'Collector Earl', Thomas Howard, 21st Earl of Arundel (1585-1646), was a courtier during the reigns of James I and Charles I, who was known as a 'Grand Tourist' and art collector. His large and important collection of antique sculpture were mostly Roman, but included some he had excavated in the Greek world, were bequeathed to Oxford University (now in the Ashmolean Museum). Some were however found buried at Cuper's Gardens, formerly the site of his 17th century garden, and this engraving illustrates a few of those discoveries. Engraving bound in a Manning & Bray volume VI, 1814.
#-Before 1850  #ARTS/ CRAFTS  #Engraving  #ENTERTAINMENT  #Manning & Bray  #WATERLOO
⇐ASTLEY’S ...