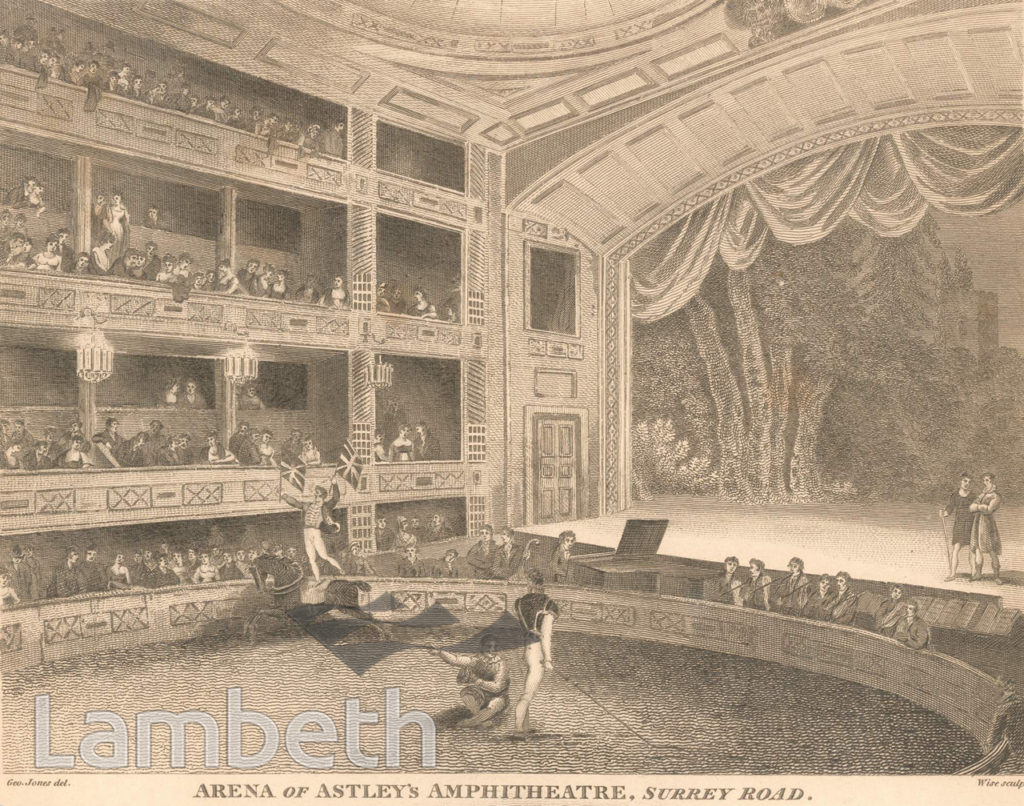 Riders on horseback at Astley's Amphitheatre in Westminster Bridge Road. The theatre was built in 1769 by Philip Astley, who established the first circus consisting of a variety of performers and acrobatic displays. The theatre was damaged three times by fire and rebuilt, but was finally demolished in 1893.Engraving by Wise after a drawing by George Jones, published by Robert Wilkinson 1st December 1815Ref: LP12/951/AST.1