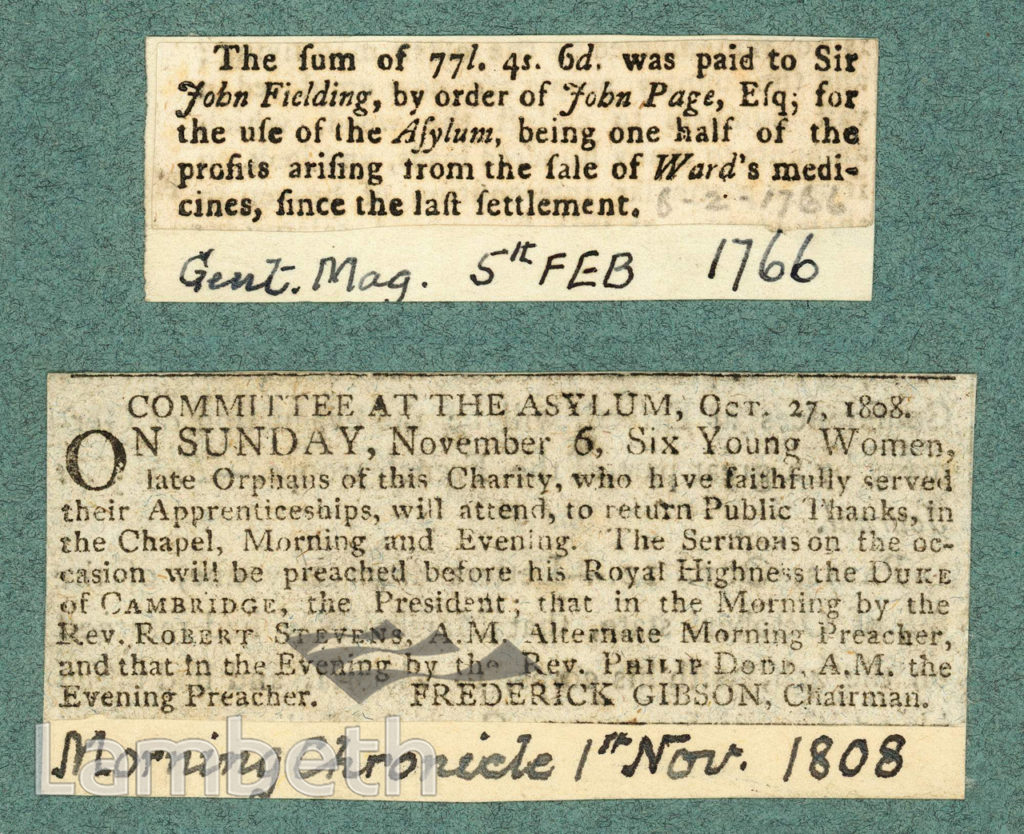 Newspaper cuttings regarding the Asylum for Female Orphans in Westminster Bridge Road, Lambeth. The first from the Gentleman's Magazine 1766, noting Â£77 paid by John Page to Sir John Feilding, being half the sales of Ward's medicines.The second from the Morning Chronicle 1808, giving notice of a public thanks service in the Asylum's chapel with the Duke of Clarence attending, for six young women 'who have faithfully served their apprenticeships'.Ref: Cuttings 558