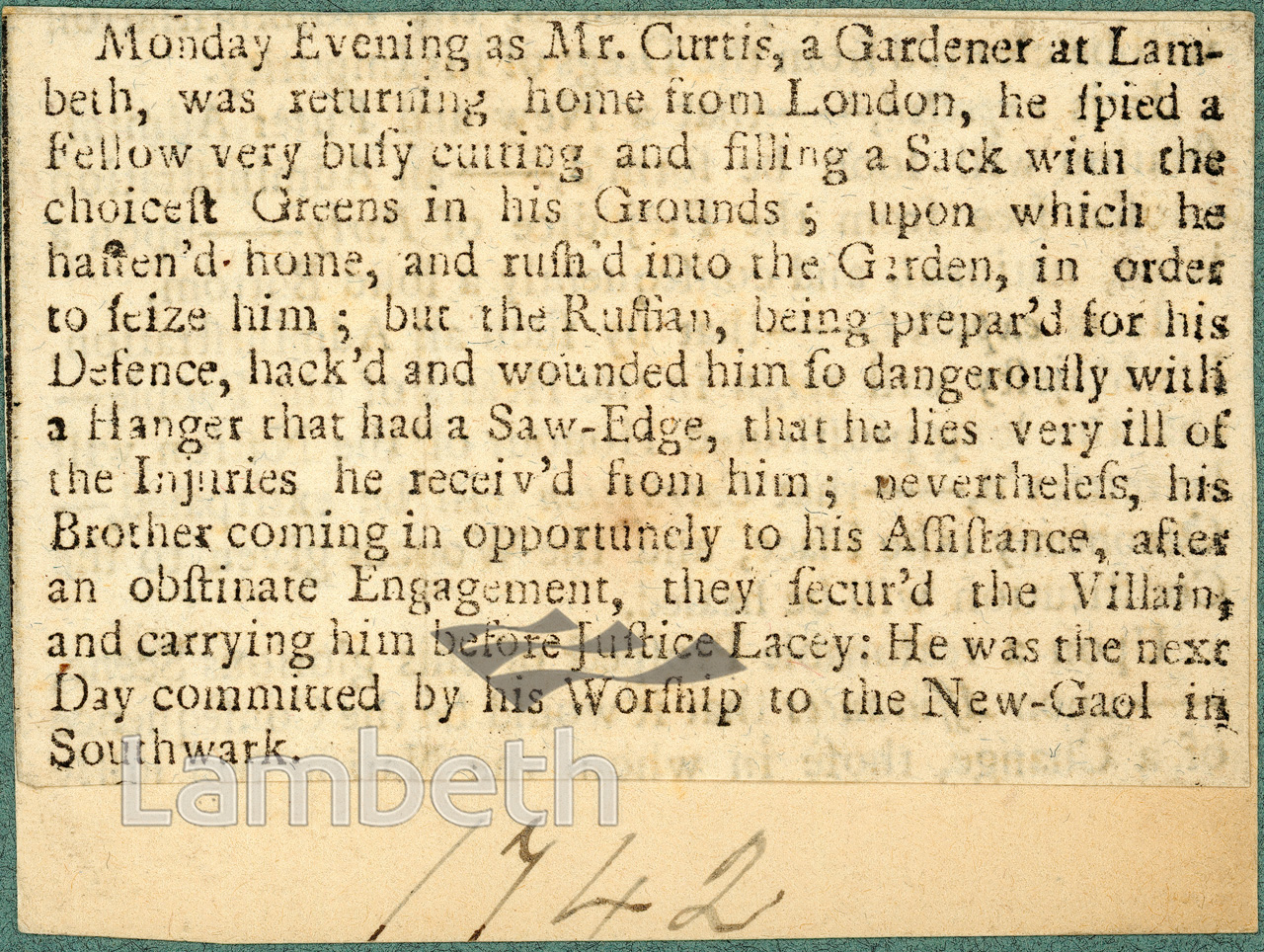 A newspaper cutting recording an attack by a thief on gardener William Curtis of Lambeth. Mr Curtis caught a man filling a sack with the 'choicest greens in his grounds....but the intruder hack'd and wounded him so dangerously...that he lies very ill of the injuries'. Fortunately Mr Curtis's brother came to his aid and the villain was caught. Dated 1742.
#1951 - 1975  #LAW AND ORDER  #Print
⇐VENTILATION WOR...