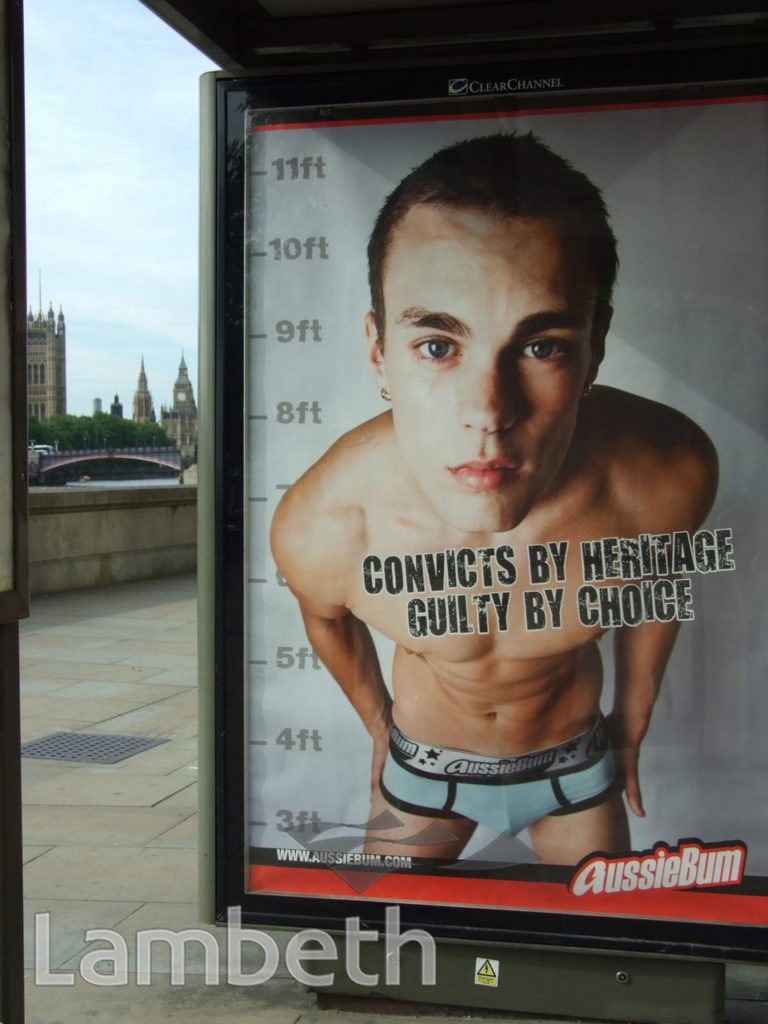 An advertising poster at a bus stop on Albert Embankment for AussieBum male underwear. It cheekily refers to the convict heritage of some Australians, whose ancestors were convicted and deported from Britain to a penal colony there. For many years British convicts had been transported to the North American colonies, but the American Revolution ended this trade in convicts, so a new penal colony was established in New South Wales in 1788, this ended in 1823.Ref: D99/4