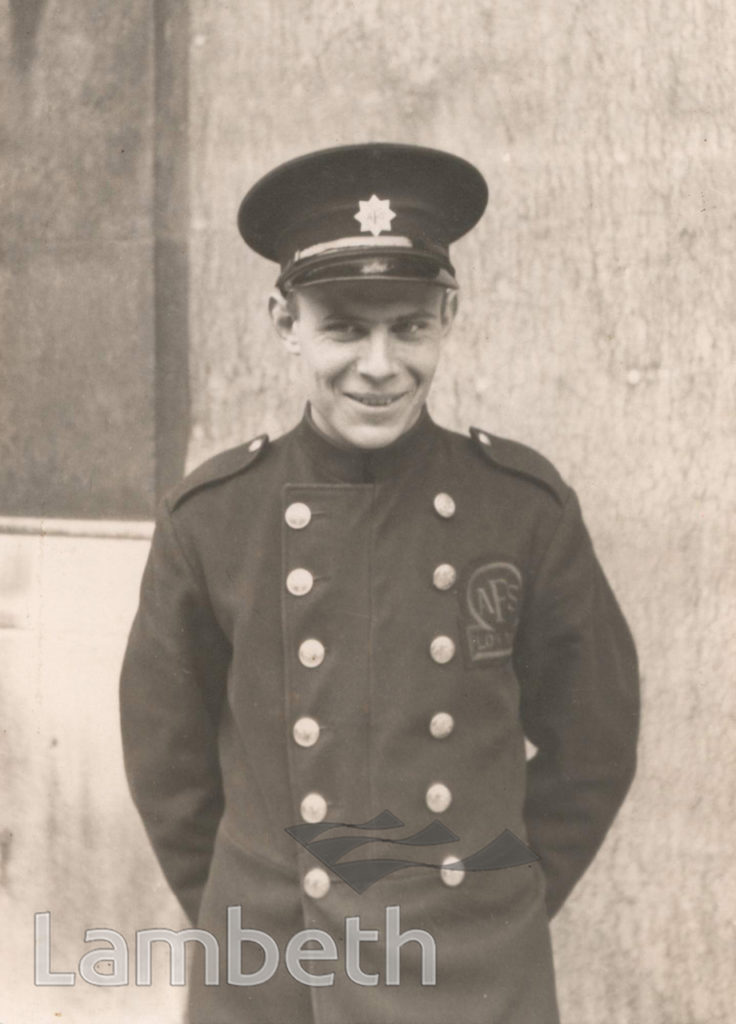 Marcel Lavelli was an amateur photographer and skilled cabinet maker from Aquinas Street, Waterloo, who volunteered for the London Auxiliary Fire Service at the outbreak of World War II. He was stationed at King's College University Fire Station and was killed on duty. His sister Mrs Vi Villa recalls: "On the night of September 8th 1940 there was a large fire on the top of Chancery Lane. The firemen could not hear the sound of the planes overhead so my brother went to warn them by word of mouth, as the pumping machinery in the river was so loud. He warned the last man who happened to be a neighbour, Norman Campbell, and as he turned a corner there was a large explosion. My neighbour woke up in hospital, but my brother was killed on the spot. He need not have gone that night as his call-up papers for the army had arrived and he was due to report the next week, but he decided he wanted to help his mates."Digital image by kind permission of Mrs Vi Villa. From the Lambeth Archives Home Front project 2005.Ref: SPd 4057/4