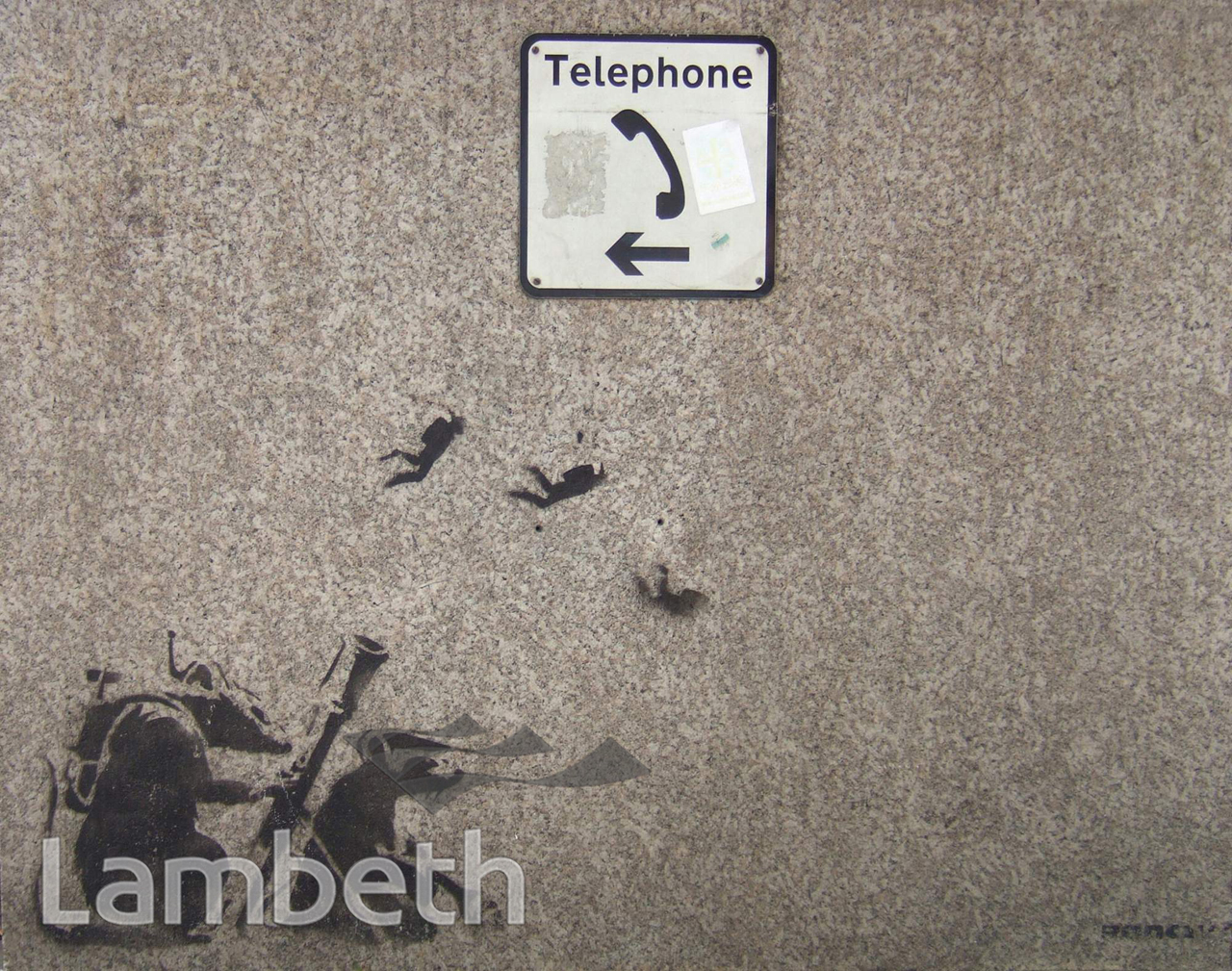 Graffiti artwork by Banksy depicting rats with a bazooka on the Embankment walkway opposite the Houses of Parliament (the scuba divers are by another hand). Banksy prefers to remain anonymous, but is thought to be Robin Gunningham (b.1974) who began as a graffiti artist in Bristol when a teenager. His inspiration for the various rats that he stencilled along the South Bank came from a statement that you were never more than 8 feet away from one in London. They have since been erased by a graffiti removal team. The 2003 Anti-Social Behaviour Act introduced anti-graffiti legislation and some politicians, including the then Prime Minister Tony Blair, signed a charter stating 'Graffiti is not art, it's a crime'. Concerns for artists include this public perception, the fear of being caught and the territorial element associated with tagging. Digital image dated 2006.From the Graffiti Gallery, recording Lambeth's urban art.
#1976 to date  #BANKSY  #Digital  #ENTERTAINMENT  #LAMBETH  #LAW AND ORDER  #STREET FURNITURE
⇐MEPHAM STREET, ...