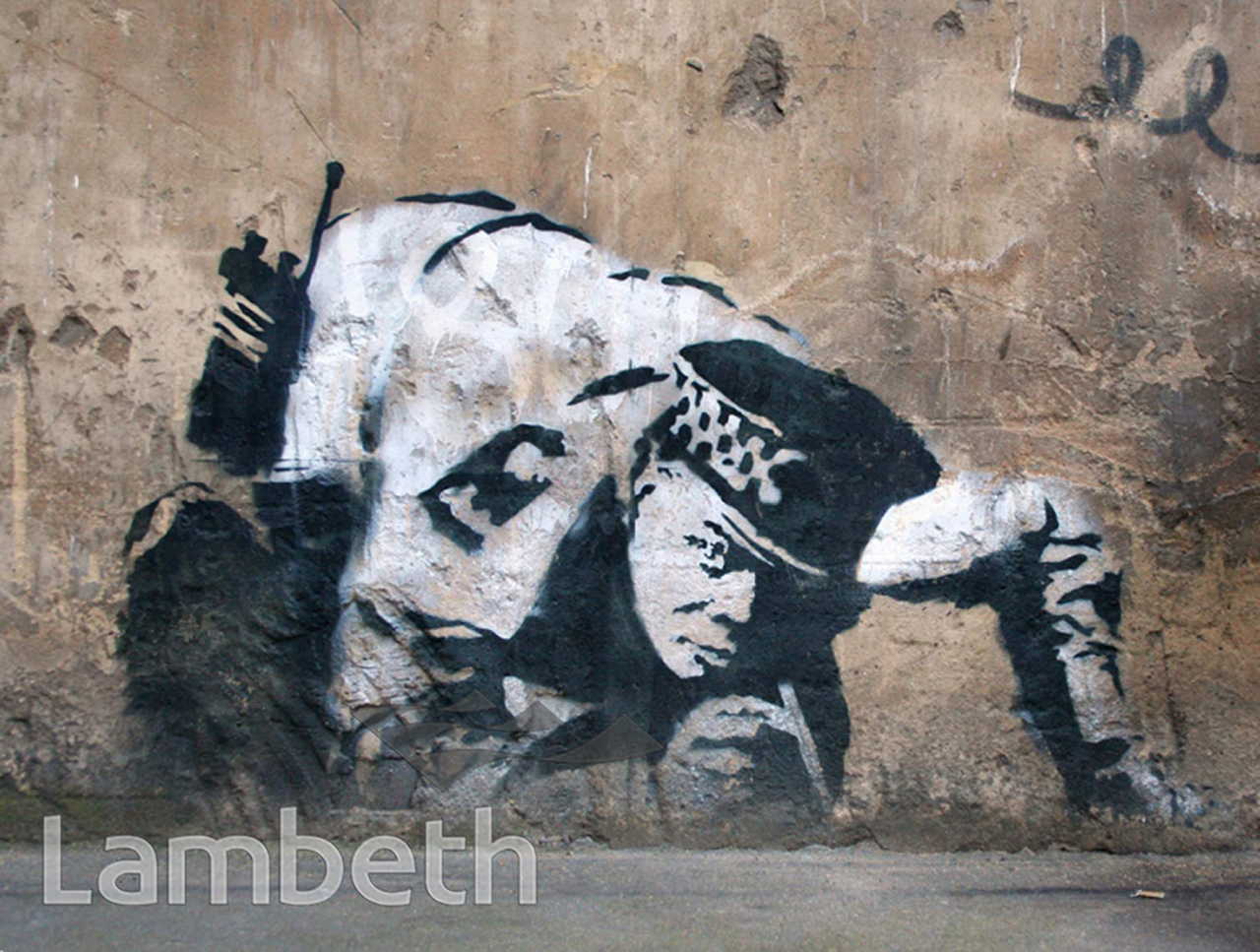 Graffiti artwork by Banksy depicting a policeman about to inhale cocaine in Leake Street, Waterloo. Bansky prefers to remain anonymous, but is thought to be Robin Gunningham (b.1974) who began as a graffiti artist in Bristol when a teenager. His distinctive graffiti style using stencils developed after hiding from police under a train carriage and having to consider a quicker method of applying his graffiti. His artworks which mostly satirise war, the establishment and capitalism, now fetch hundreds of thousands of pounds at auction. Part of the Banksy myth is the claim that his parents assume he is a painter and decorator. Digital image taken 2005.From the Graffiti Gallery, recording Lambeth's urban art.
#1976 to date  #BANKSY  #Digital  #ENTERTAINMENT  #LAW AND ORDER  #STREET FURNITURE  #WATERLOO
⇐MEPHAM STREET, ...