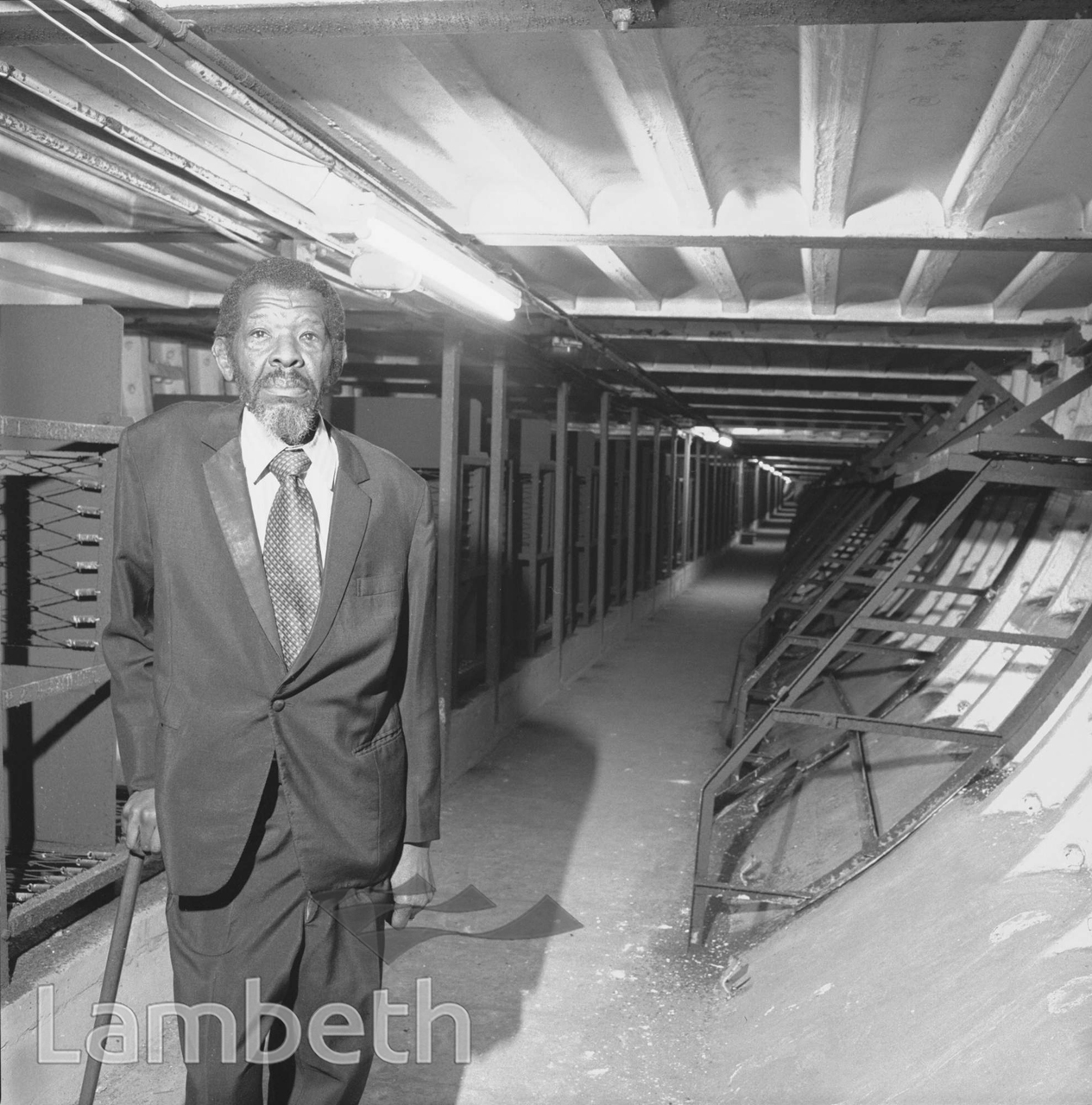 Baron Baker in Clapham Deep Shelter, Clapham Common. Born in Jamaica in 1925, Baker joined the RAF as a policeman in 1944 and when demobbed in 1948, he on ocassions lived in the shelter. At his suggestion, the Colonial Office agreed that the shelter could be used as temporary accommodation for West Indian immigrants arriving in 1948 on the SS Windrush and other vessels. Nearby Brixton with its cheap housing was soon a popular destination for these immigrants, hence Baron Baker became known at the 'man who discovered Brixton'.From a series of Public Relations Photographs and Negatives
#1976 to date  #CLAPHAM  #Negative  #People  #Public Relations Photographs  #WAR AND ARMED FORCES
⇐WEST NORWOOD LI...