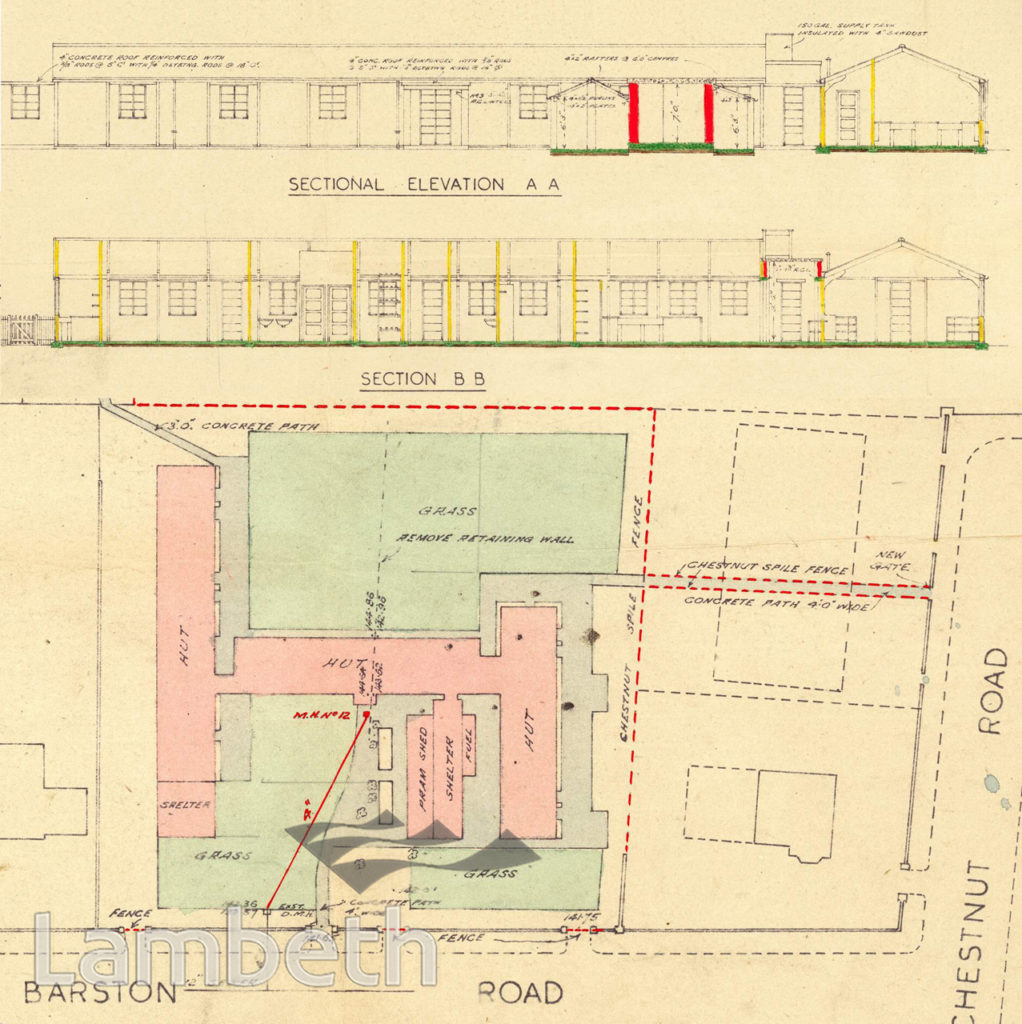 Plan and elevation of the Barston Road Nursery in West Norwood. This World War II 'hutted' nursery was created from prefabs to accommodate children of working mothers. It included three linked huts and 2 bomb shelters with 6" a concrete roof, designed by G.H.Buckett Borough Engineer and dated August 1943. A postscript to the file states, 'Operations suspended, February 1946', indicating men returning from war and being demobbed to replace women in the workforce.From Drainage Records.Ref: LBL/DCEPS/DRG/409