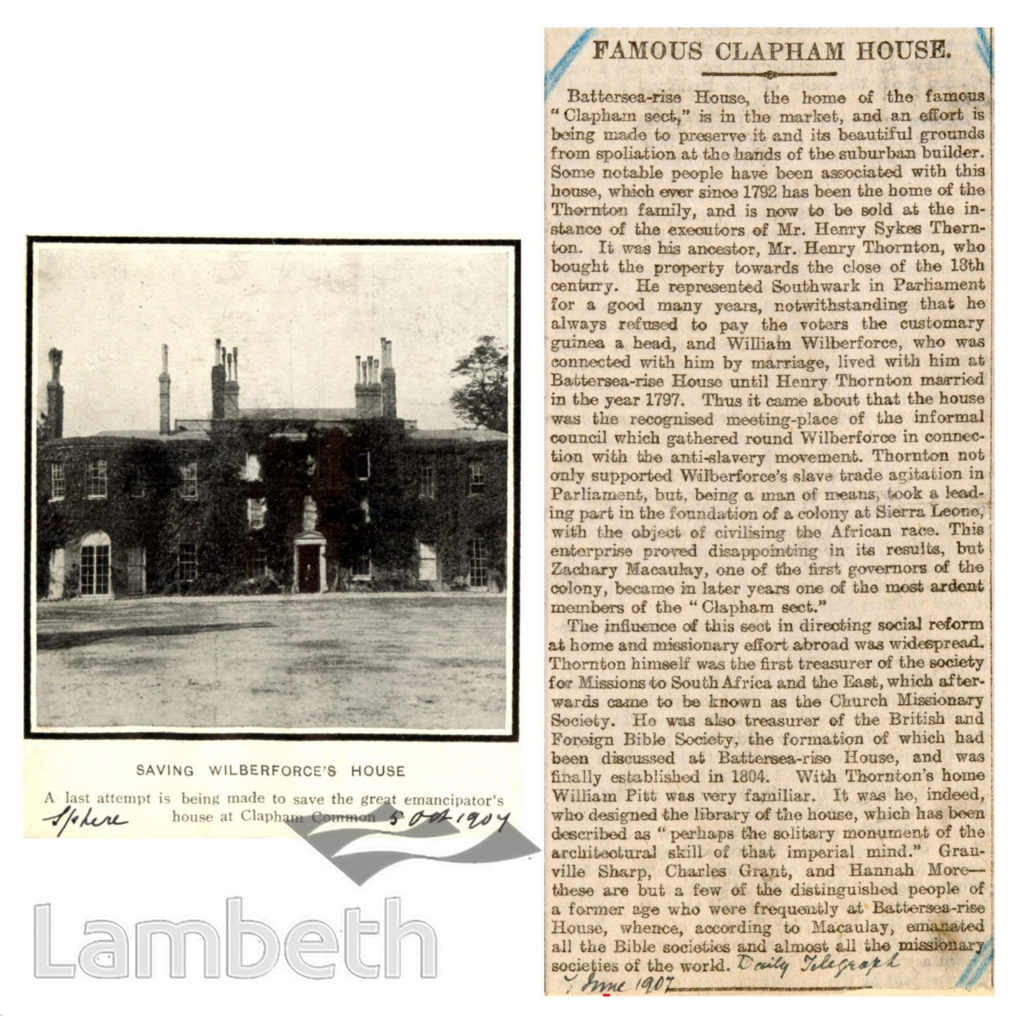 Battersea Rise House, built in c.1770 on Clapham Common West Side, the site now marked by Canford and Muncaster Road. The house and estate were bought by Henry Thornton in 1792. William Wilberforce, his good friend, lived here until Henry's marriage. Both men were MPs and important members of the 'Clapham Sect', who worked to abolish the slave trade. A purpose built library in the house became the main meeting place of the 'Clapham Sect' in 1797. Photograph from the Sphere, 5th October 1907; and article from the Daily Telegraph prior to the sale of the house, 7th June 1907.Ref: LBL/DAS/RL/1/3/1/ p.102