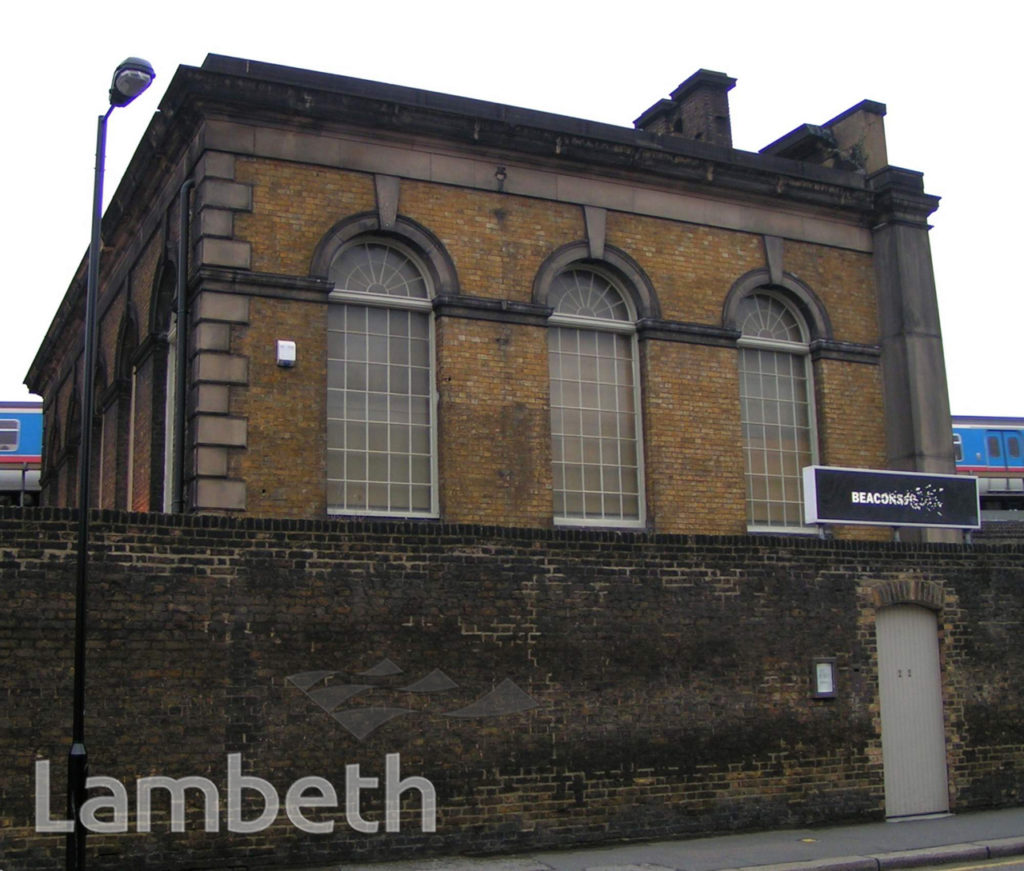 The Beaconsfield art centre in Newport Street occupies the remains of the Lambeth Ragged School built in 1851 by Henry Beaufoy as a memorial to his wife. Two thirds of the building was demolished to widen the mainline railway into Waterloo Station early in the 20th century. This surviving portion was the boys' school. Photographed on 31st March 2005.Digital image courtesy of Penelope Gretton.Ref: SPd 4017/33/24