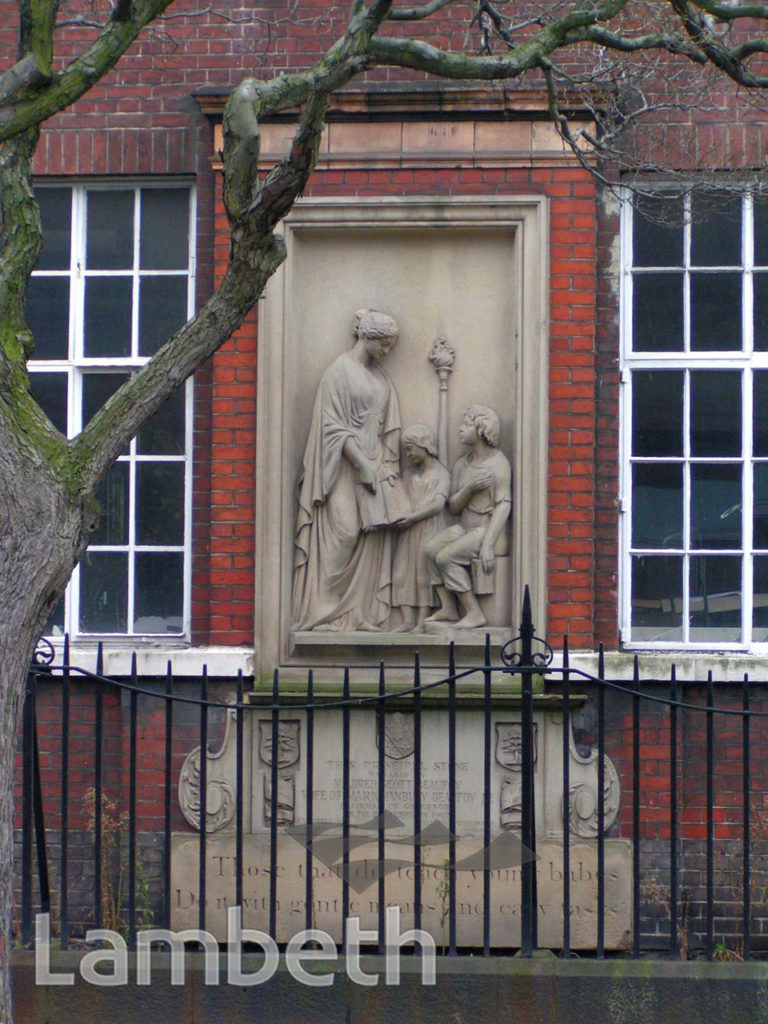 A stone plaque on Beaufoy Institute in Black Prince Road. The inscription beneath reads: 'This principal stone was laid by Mildred Scott Beaufoy wife of Mark Hanbury Beaufoy, Chairman of Govenors, 21st February 1907. F.A. Powell Architect, Sculpt Nixon'. The plaque was originally commissioned in 1849 for the Beaufoy-funded Lambeth Ragged School in Newport Street from Samuel Nixon (1803-54) at a cost of Â£100. It was re-erected here with another tablet inscribed: 'Those that do teach young babes, Do it with gentle means and easy talks'. The Institute was opened under the administration of the London County Council and was expanded in 1930, becoming a technical institute for boys. Samuel Nixon died at Kennington House, Kennington Common in 1854 and is principally known for a statue of William IV in King William Street, London. Photographed on 31st March 2005.Digital image courtesy of Penelope Gretton.Ref: SPd 4017/33/29