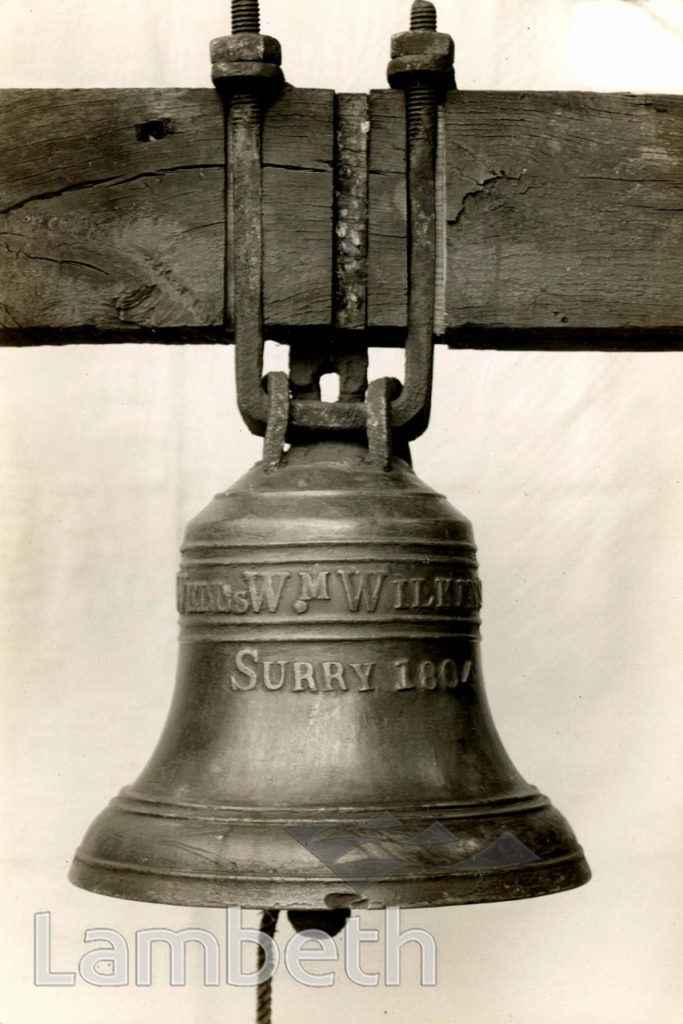 The Bell was discovered when Hill House was demolished in 1922. It weighs nearly half a hundredweight, and was secreted under a wooden staircase on an outside wall near the Dutch garden of the house. An article by Mr. Baldwin in the Streatham News of January 27th 1922 stated the "The bell probably came from the Old Well House when the water dried up , and was preserved as a relic".Ref: SP24/256/STR.1