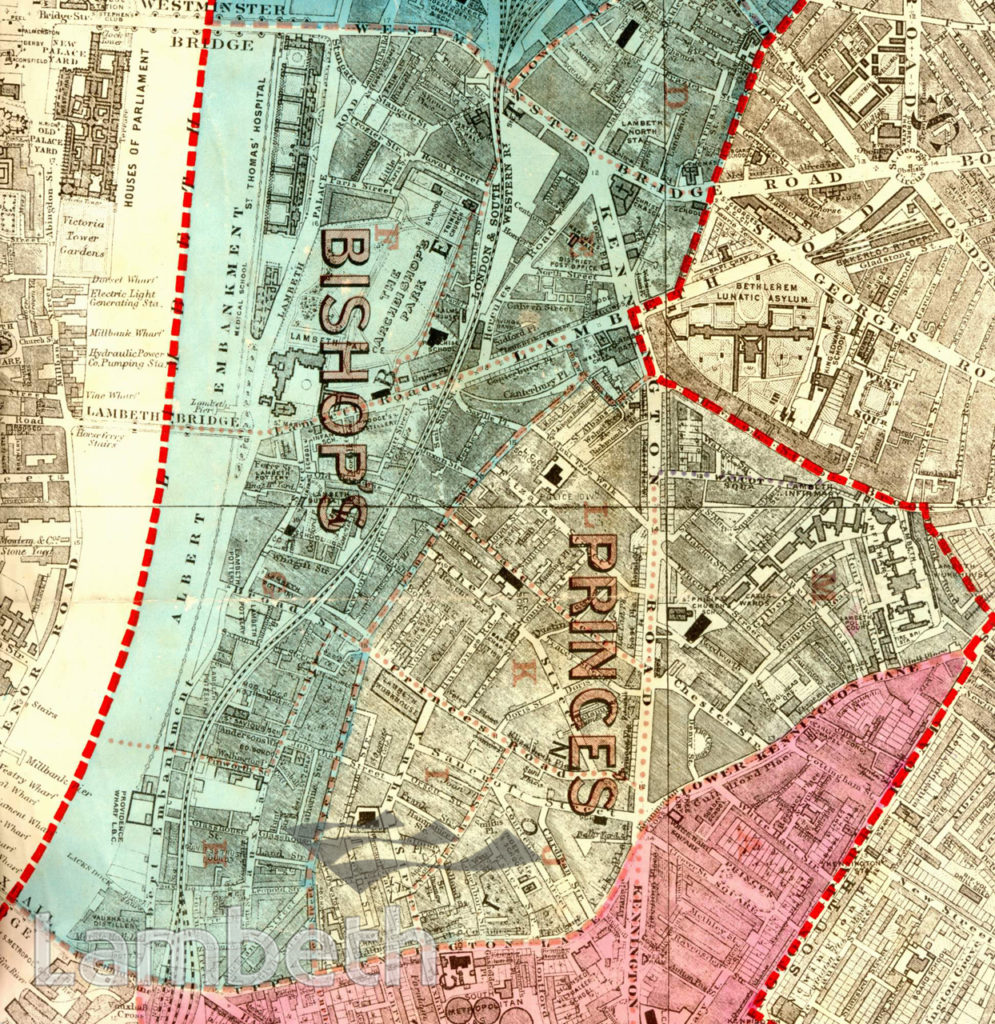 The main changes brought about by the completion of the Embankment and St Thomas's Hospital have altered the character of Bishop's Ward from the last century. The pottery industry, in 1918, is still flourishing along the riverfront, Doulton (Lambeth Pottery) being the largest. In Prince's ward the Lambeth Infirmary, originally the Workhouse and Infirmary, is prominent on the right. Changes are being undertaken by the Duchy of Cornwall to improve living conditions, such as the Royal Cottages for Working People (1904), off Kennington Road. However, terraced housing was still the most popular solution, and the proliferation of large public housing estates, had not yet begun. Extracts from the map of the Metropolitan Borough of Lambeth showing the wards, parliamentary divisions and subdivisions into poling districts, 1918.Ref: 12/1918/MF