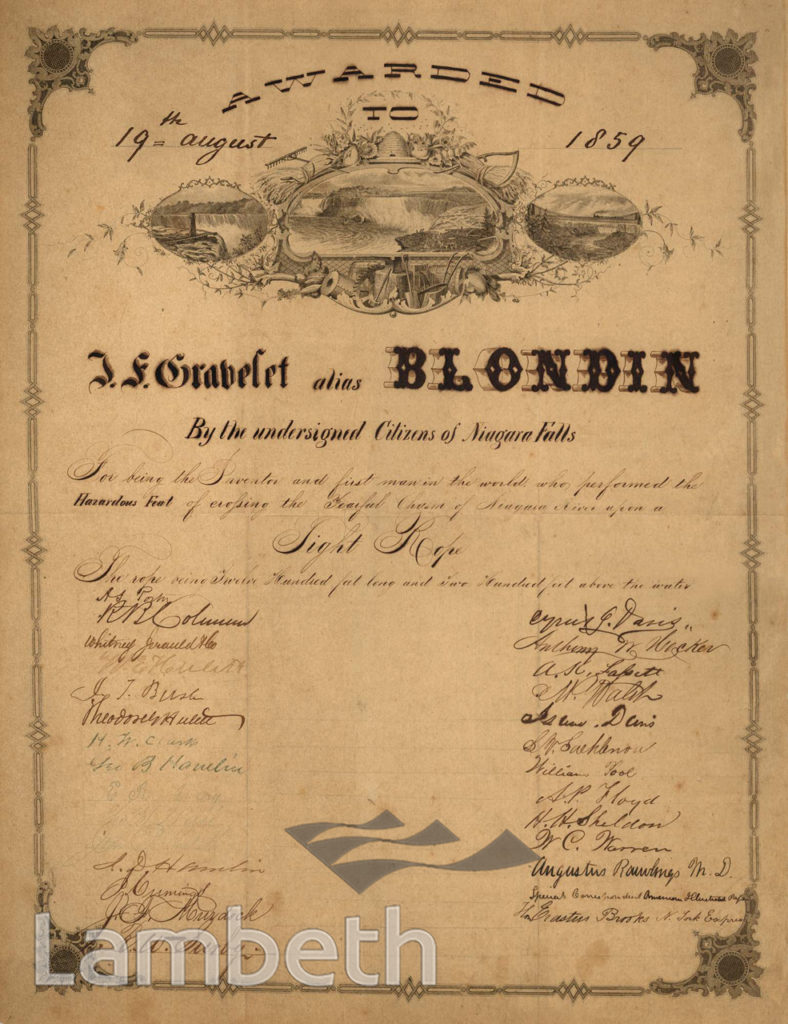 An award given to J.F.Gravelet, alias Blondin, by the citizens of Niagara Falls, USA, 'for being the inventor and first man in the world who performed the hazardous feat of crossing the fearful chasm of Niagara River upon a tight rope. The rope being twelve hundred feet long and two hundred feet above the water'. Signatories include: J.T. Bush, Theodore G Hulett, George B Hamlin, J.F. Murdock, R.W. Surby, Cyrus Davis, William Pool, Hon. Eratus Brooks (New York Express) and Augustus Rawlings (Special Correspondent American Illustrated Paper). Blondin received many awards for his tightrope feats including one from Queen Isabel of Spain, entitling him to use the title of Chevalier. He lived at the end of his career in Niagara House, South Ealing. This certificate, dated 19th August 1859, forms part of the Waller Archive, medal makers and decorative arts designers of Vauxhall.Ref: IV 79/2