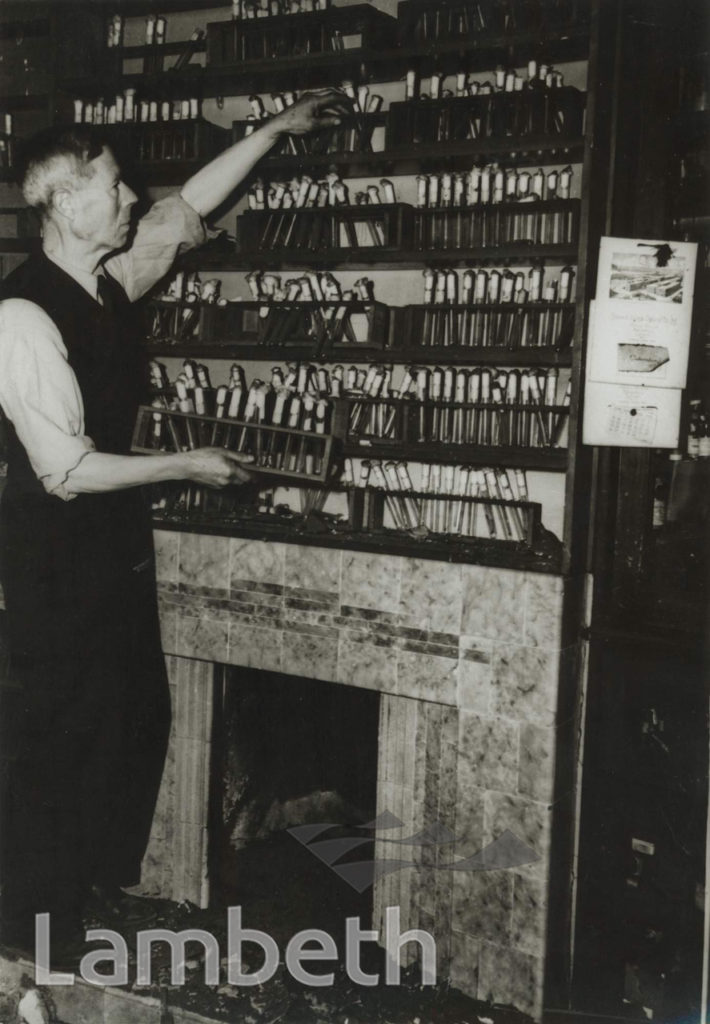 A member of staff at the Brown Institution in Wandsworth Road, Vauxhall, inspecting damage to a laboratory caused by bombing during WWII. The institution was the first animal hospital and veterinary research laboratory in Britain and named after Thomas Brown, who left the sum of Â£20,000 to the University of London as a charitable trust. This wartime bomb damage resulted in the closure of the institution.Ref: SP4215/4