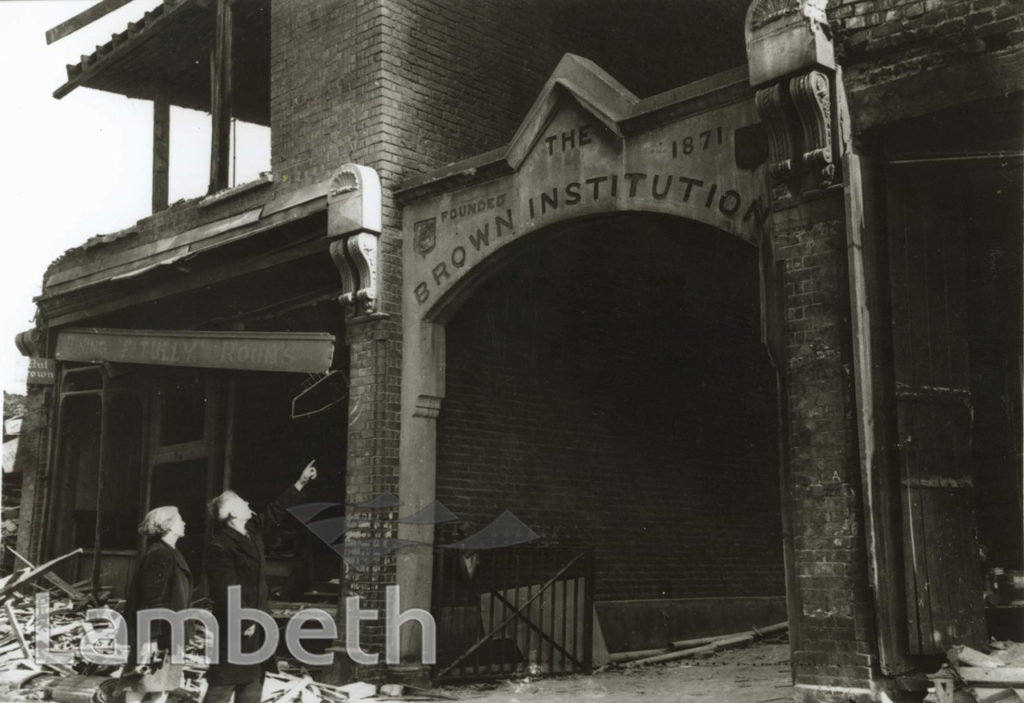 Members of staff at the Brown Institution in Wandsworth Road, Vauxhall, inspecting bomb damage during WWII. The institution was the first animal hospital and veterinary research laboratory in Britain and named after Thomas Brown, who left the sum of Â£20,000 to the University of London for its charitable trust. This wartime bomb damage resulted in the closure of the institution.Ref: SP4215/1