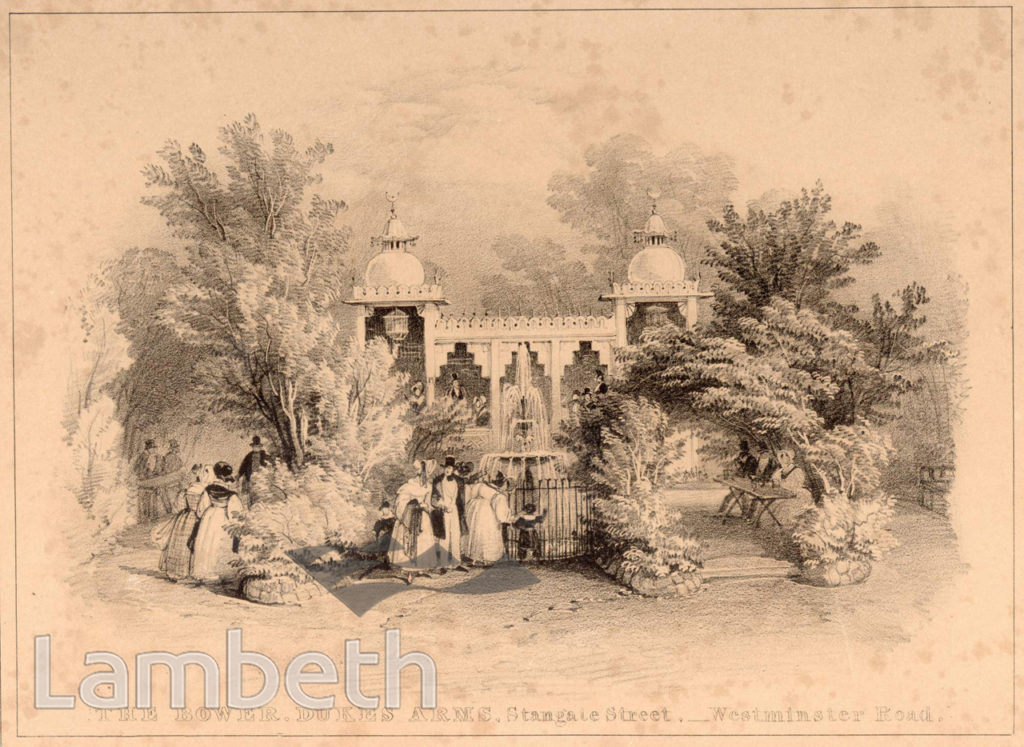 The Bower was a popular pleasure haunt of the last century. It was originally attached to the Duke's Tavern in Stangate Street, not far from St. Thomas's Hospital. In 1839 it was advertised as the New Bower Salon and hosted concerts with backdrops of large scenic illustrations including an entire Swiss village. The Bower was rebuilt in 1875 and renamed the New Stangate Theatre, but within a couple of years it was converted into a warehouse for candles in September 1877. Ref: SP12/608/DUK.1