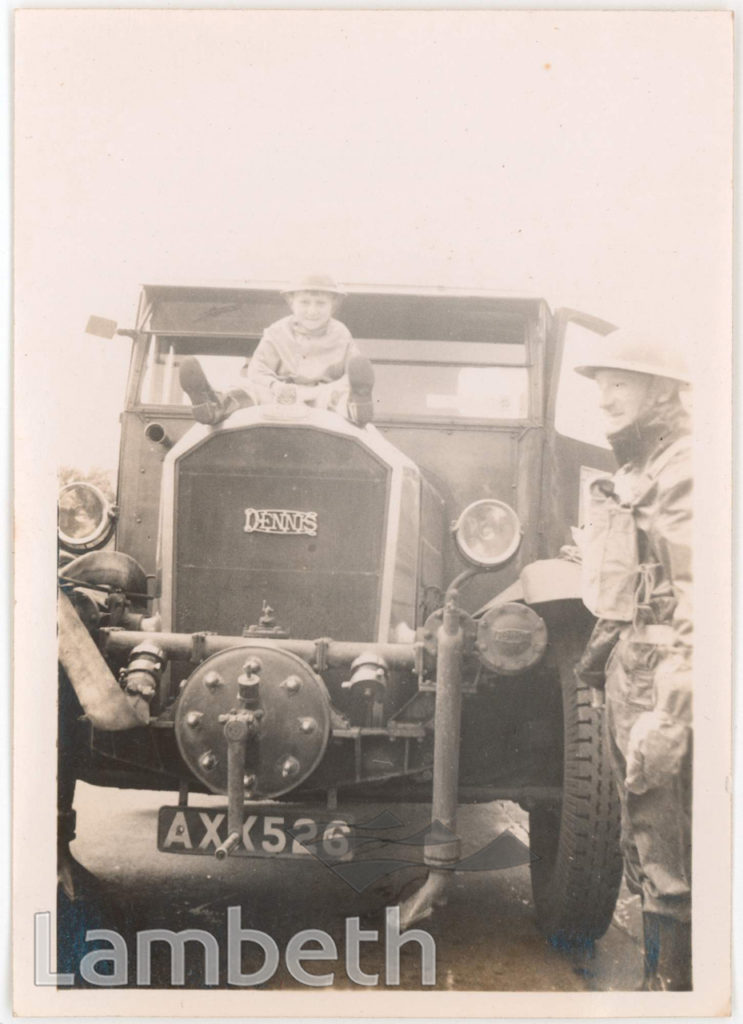 Bernie Bullbrook aged 7 'on duty' atop a fire truck in West Norwood, during July of 1939. In 1939 aged seven, Bernie was temporarily evacuated to West Worthing but returned to London where the dangers from air raids were soon apparent. His father built a shelter for protection in the front room from timber and corrugated iron, as he recalls: "We were in this most nights when the air raids were on. The house used to bounce up and down. One night we had a bomb less than 40 feet from the front door...all our windows were out, all our ceilings were down... fortunately the house could be put back in order again." Other boys were less fortunate: "You used to go to school every day and just check out whether any of your mates had been killed in the previous night's raid; and sometimes there'd be one, sometimes two. In a school with five or six hundred kids it was quite normal."Digital image by kind permission of Bernie Bullbrook. From the Lambeth Archives Home Front project 2005.Ref: SPd 4048/7