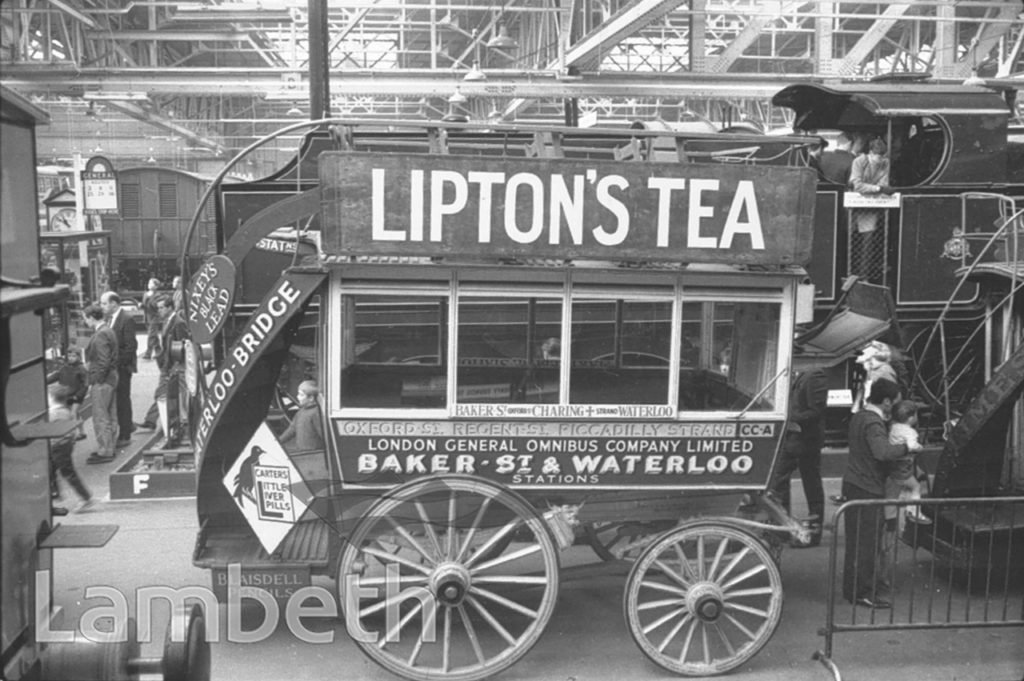 A horse-drawn omnibus, an exhibit in the British Transport Museum, Clapham High Street. The Museum opened in 1960 on the site of a former bus garage. It closed in 1973 when the collection was divided between the National Railway Museum in York and the London Transport Museum in Covent Garden.Ref: LBL/DTP/UD/2/1/11/278