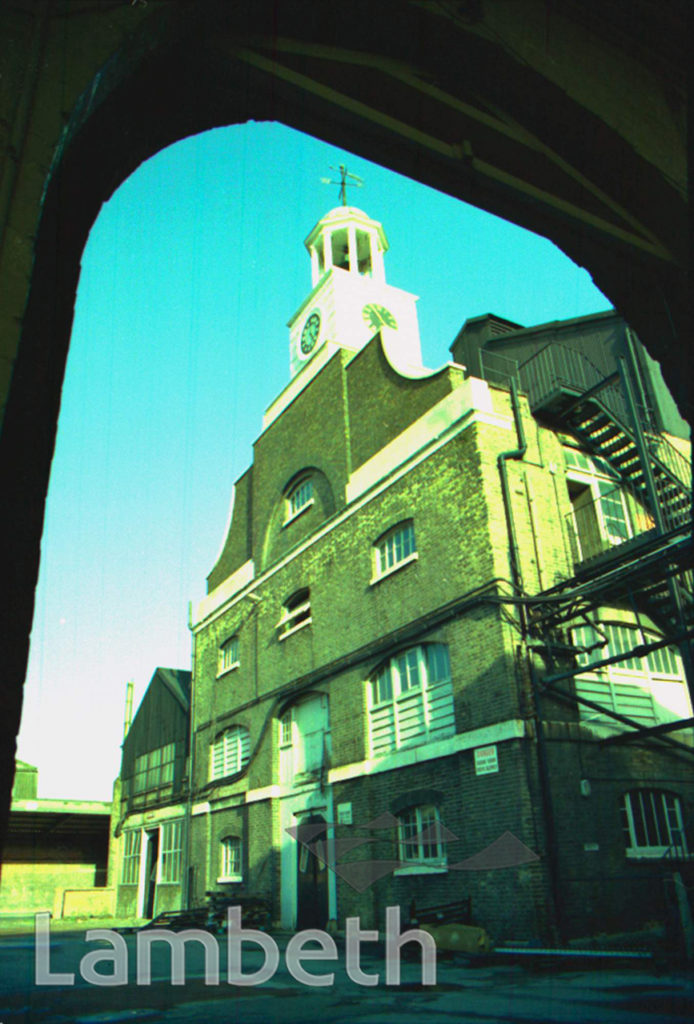 Buildings at British Vinegar distillery (Sarsen's) in South Lambeth Road, photographed a few years after closure. The works were originally relocated here from Waterloo in 1810 as Beaufoy's Vinegar Works, the factory was damaged during World War II and finally closed in 1970, athough some buildings, such as the one shown, were saved from demolition and have been redeveloped as housing.Ref: LBL/DTP/UD/2/1/12/677