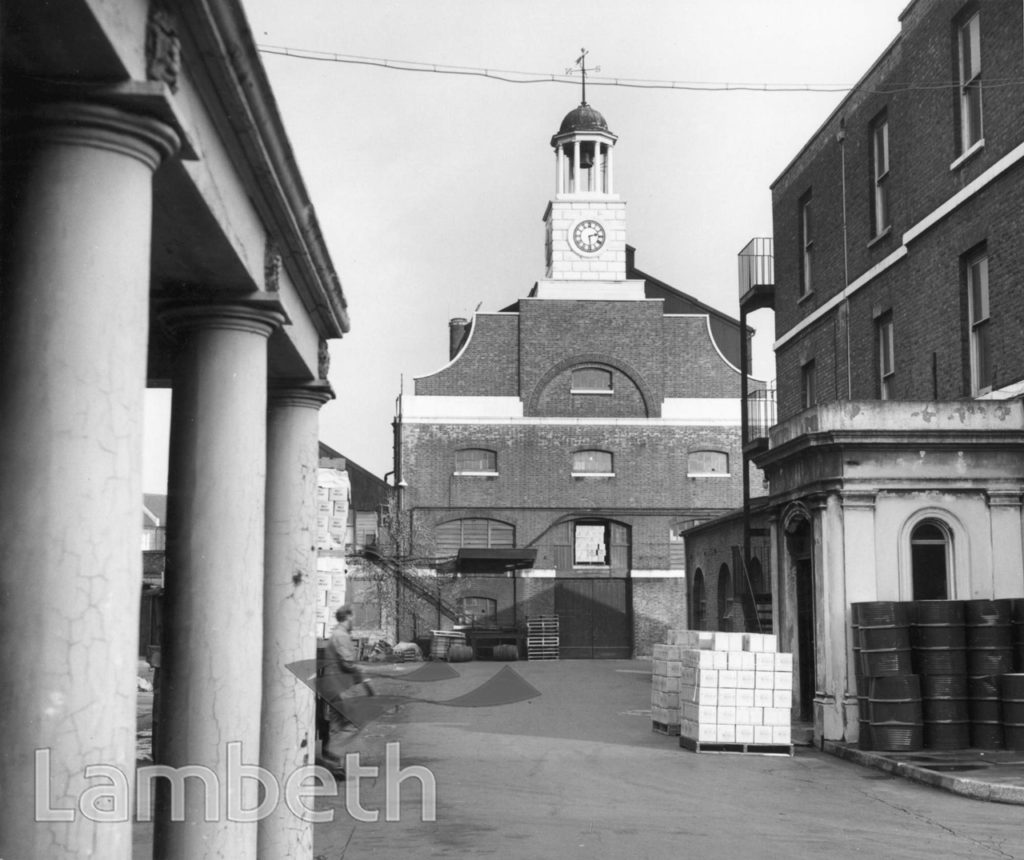 The Vat House with clock tower at British Vinegar, South Lambeth Road. Originally relocated here from Waterloo in 1810 as Beaufoy's Vinegar Works, the buildings were damaged during World War II and finally closed in 1970. The portico belonged originally to the North Lodge of Caron Place, home of the Beaufoys, also built on the 4-acre site.Photograph by M.D.Trace dated 6th July 1967.Ref: SP12/64/DIS.11