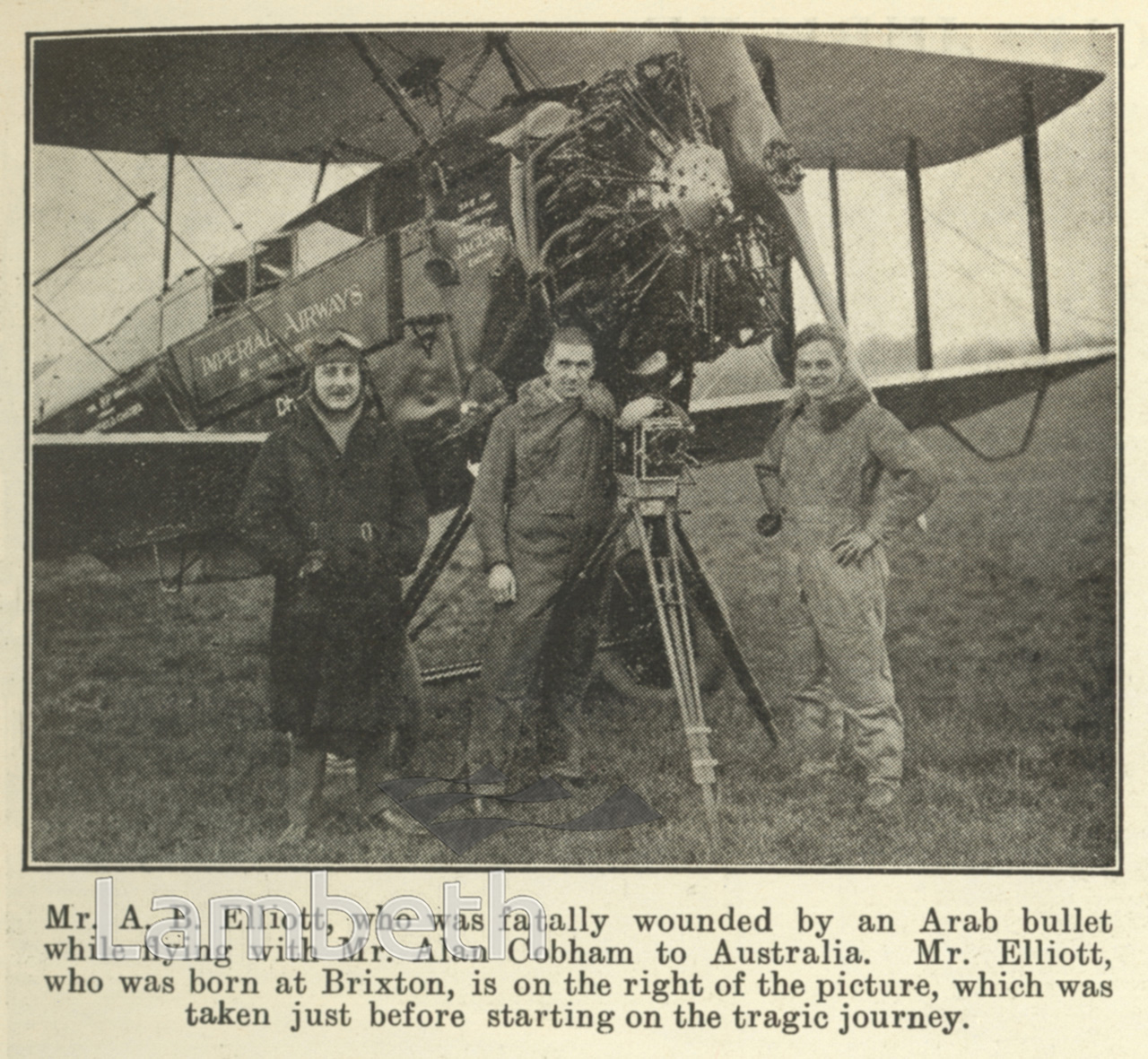 Brixton-born airplane mechanic Arthur Elliott (right), with Sir Alan Cobham (left) prior to the first flight from England to Australia in a De Havilland aircraft. Unfortunately, when flying from Baghdad 50ft above the ground, the plane was fired upon by an Arab hitting Elliott. The 100 mile dash to Basra in Iraq for treatment did not save him, leaving Cobham distraught as Elliott had accompanied him on most of his long distance flights and they were known as the 'heavenly twins'. A new mechanic was sent for and upon arrival in Melbourne, 60,000 people turned out to welcome him. Cobham was knighted upon his return to England. Elliott was born at No.3 Horsford Road, Brixton Hill and he joined the RAF in 1917 during WWI. He was buried in the cemetery for British war dead in Basra. From Brixton Illustrated Press, dated August 1926
#1926 - 1950  #BRIXTON HILL  #Print  #TRANSPORT
⇐SADIE FALLOWES ...