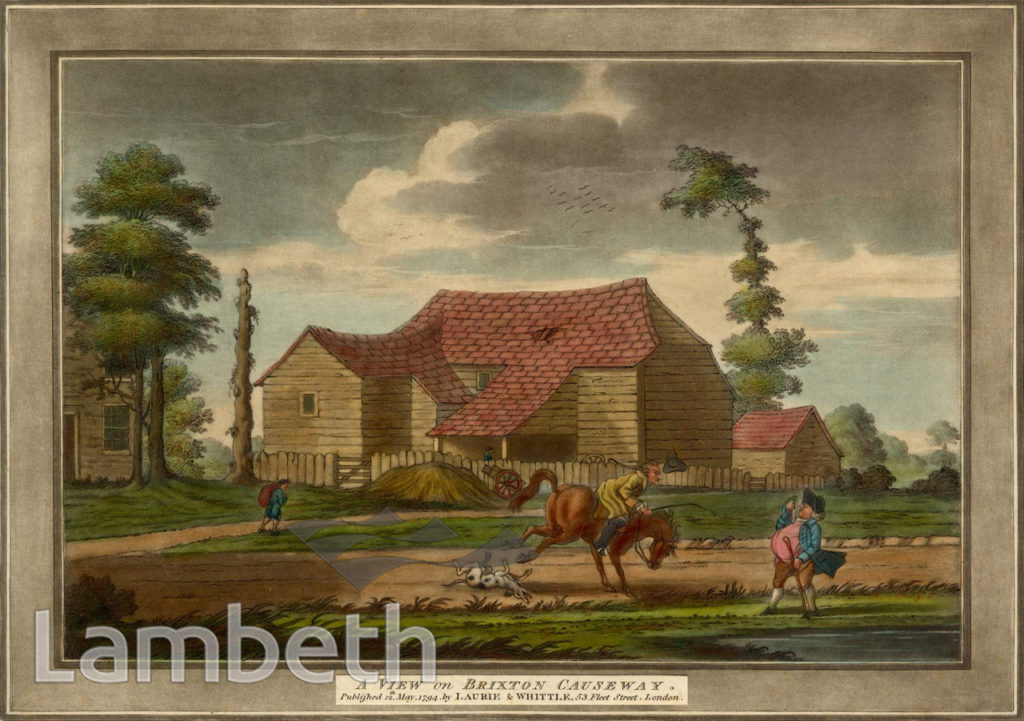 A horse and rider being harassed by a dog near a farmstead; engraving by Laurie and Whittle entitled 'A View on Brixton Causeway', published 12th May 1794. This was the only settlement in the area for many years before today's Brixton existed, and was also known as Bristow's Causeway. A newspaper report of 1730 also records it as a site of gallows: 'The Bodies of Blewit and Burnworth, who were hang'd in Chains in St George's Fields for the Murder of Mr Ball, were on Wednesday taken down, and one of 'em was hung up on the old Gibbet on Bristow [Brixton] Causeway; and the other on Kennington Common, on the Gibbet where Berry, (one of the same gang) now hangs.Ref: LP16/170/BRI.C.1a